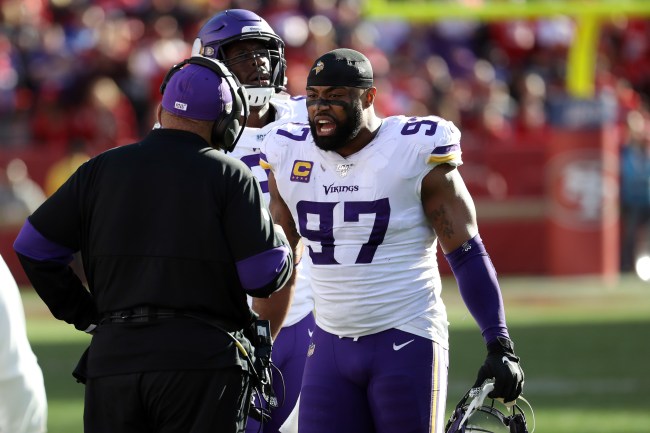 Everson Griffen decided it was a good day to tell the world how he really feels about Kirk Cousins.

For the past week, Griffen has been hinting that he wants to return to Minnesota next season after brief stints in Dallas and Detroit.

In recent days, Griffen has retweeted many Vikings fans who want to see him return to the organization as well as a tweet featuring Vikings head coach Mike Zimmer talking about the need for more pass rushers. Chris Tomasson of the Pioneer Press asked Griffen if that indicates a desire to return to his first NFL team.

One final note on this: Everson Griffen does want to return to the Vikings, per a source. He’s training in hopes of signing a deal. Free agency opens in March. We’ll see if the Vikings have interest in him.

On Saturday afternoon Griffen randomly decided to rip into Vikings QB Kirk Cousins on Twitter which should probably kill whatever chances he had in returning to his old team. 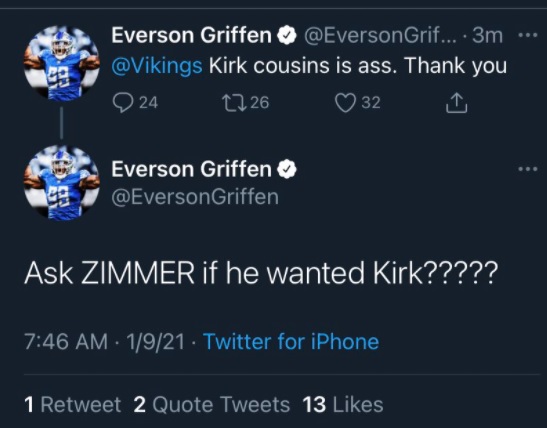 Griffen eventually deleted his tweets and went on to issue an apology.

I’m sorry for posting that about Kirk. It’s not right for me to call people out. I apologize for hurting him. I’m very grateful and thankful.