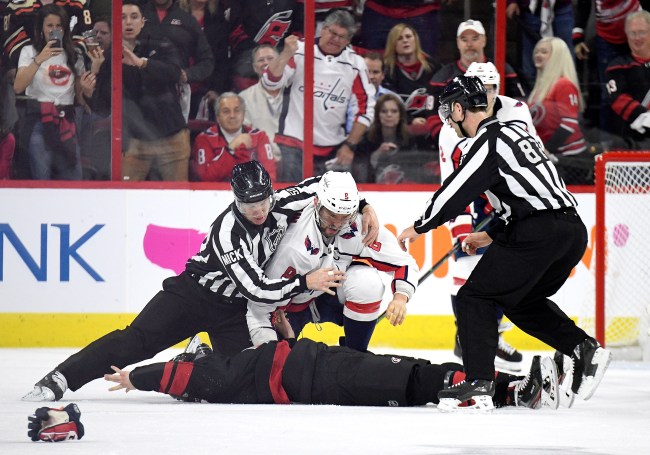 Earlier this week Alexander Ovechkin brutally knocked out Hurricanes rookie Andrei Svechnikov during a fight in the playoffs.

Ovechkin and Svechnikov fought and it did not go well for Svechnikov, who is being helped off now.

Looked to hit his head on the ice when he fell.

Ovechkin dropped gloves and did not disappoint 🥊

Evgeny Svechnikov is out to avenge his brother against Alex Ovechkin.

Not sure what his end game is. pic.twitter.com/lpEfrmqij3

Evgeny Svechnikov, who is part of the Detroit Red Wings system, will likely be reprimanded by the NHL over his post.