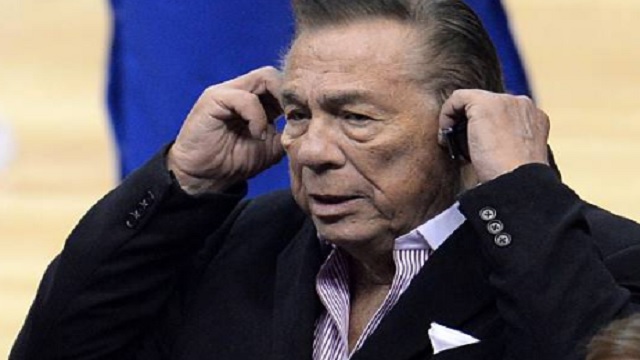 Being outed as a racist by his former side chick V. Stiviano has not slowed Donald Sterling down.

The former owner of the Clippers, who is still married, was spotted with a new much younger side chick in L.A. and he looks pretty damn happy.

The market for an 83-year-old racist billionaire is BOOMIN’ — just ask Donald Sterling who hit Beverly Hills this week with a brand new lady on his arm.

The disgraced former L.A. Clippers owner had a smile on his face and some pep in his step as he moseyed from shop to shop while holding hands with his mystery brunette.

I’m sure Donald’s wife is thrilled to see him spending a ton of money on a new chick after the whole V. Stiviano fiasco.

Head on over to TMZ for more pics of Sterling’s new side chick.