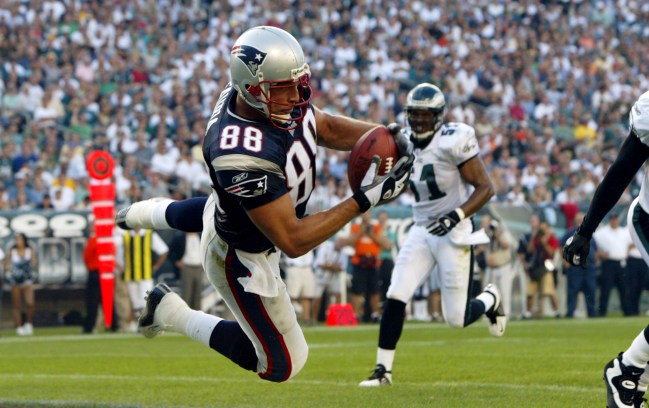 Former New Englad Patriots tight end turned sports talk radio host Christian Fauria, like just about every other person with an even tangential connection to the NFL thinks he has an idea what is going to happen with Tom Brady when free agency begins on March 18th at 4 p.m. ET.

Wednesday during WEEI’s Ordway, Merloni & Fauria Show, the man who caught 13 touchdowns from Tom Brady from 2002 to 2005, says he believes the Patriots have already moved on from Brady.

“I believe the Patriots are 100 percent done,” said Fauria. “I think the Patriots are okay and ready to move on. Everything that comes out from (NFL Network reporter) Ian Rapoport is just bogus-ness. It’s fake, it’s narrative changing, it’s camouflage, it’s not the truth because there’s going to be ‘it’s not our fault’ fans. They know Brady’s not coming back.”

.@christianfauria is more sure than ever we will not see Tom Brady play for the #Patriots again

"The next time he shows up at Gillette Stadium it will be either as a guest playing for another team or getting a red jacket"@GlennDOrdway @LouMerloni pic.twitter.com/MJnNVlqNVn

“Next time he shows up at Gillette Stadium, it will be either as a guest playing for another team, or getting a red jacket,” he added.

Fauria later dialed back his prediction to 99.6% certainty that the Patriots are done with Brady after 20 spectacular seasons.

This is my personal OPINION. Will address it again at 2pm on 93.7 @WEEI with @OMFonWEEI https://t.co/kXun6Y0xB4