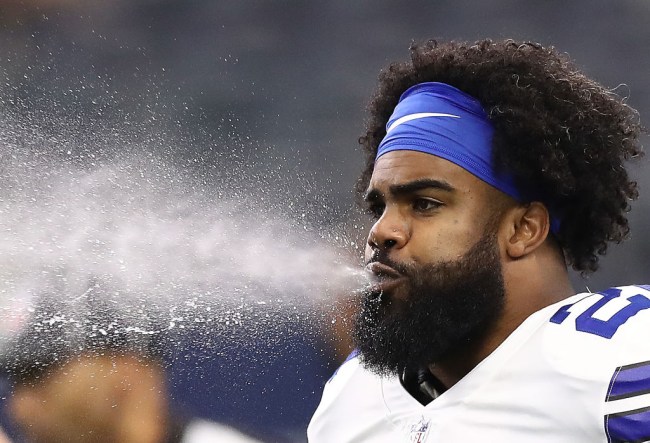 Elliot hopped on Twitter on Monday and claimed his comments weren’t in reference to him being high but rather drunk as a result of him overserving himself during the stream.

Actually I was referring to the few drinks I had which I said during the live stream.  Doesn’t that make this defamation?  You guys will hearing from my lawyers @SInow https://t.co/EJggnIiJ67

Getting paid to smoke weed seems like the ultimate dream job but part of me has always felt like the people tasked with reviewing various strains and going into great detail about the different highs they’re capable of producing are just making shit up as they go along.

I’m not trying to suggest they’re outright frauds, and based on personal experience, there’s no doubt certain varieties have their own distinct effects. However, I’ve spent a solid decade conducting some pretty extensive research and found there are basically three umbrellas all of them fall under: ones that make you super hungry, those that glue you to your couch, and certain types that hit you in a way that makes you temporarily forget certain things that go into being a fully-functioning human.

There are also some hybrids out there that manage to induce a combination of that trio, which can occasionally result in you finding yourself in a slightly embarrassing situation. For example, I recently got the urge to order enough food to feed three people and ignored five phone calls from a number I didn’t recognize around 40 minutes later before receiving one from another mystery caller who left a message, which turned out to be someone from the restaurant informing me the delivery guy had been attempting to contact me to no avail.

It appears Dallas Cowboys running back Ezekiel Elliott fell victim to one of these brain farts on Sunday night, as he had just finished up a Call of Duty: Modern Warfare session that he was streaming on Twitch and bid viewers farewell before ending the broadcast—or so he thought.

Zeke failed to notice he didn’t actually hit the button to take himself offline, and as a result, he inadvertently informed everyone who was still tuned in that he was “low key faded” before giving the camera a deer-in-the-headlights look after realizing his mistake.

When you consider Elliott recently tested positive for an illness that attacks the lungs and still hasn’t reached a point where he’s able to work out, I sincerely hope his fadedness was brought to him courtesy of an edible.