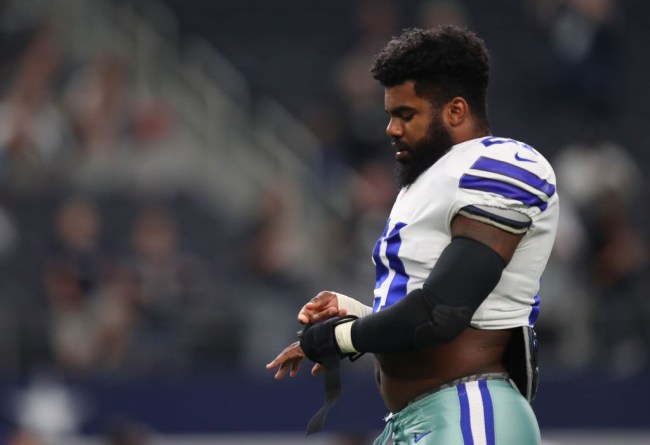 A few years ago, former Green Bay Packer Eddie Lacy rolled into training camp noticeably sporting a few more pounds than he had on his frame at the end of the previous season and was widely mocked by the internet for packing on weight thanks in no small part to his love for “China food.”

presenting the most dangerous one-two punch in the NFL: Eddie Lacy and china food pic.twitter.com/X0Oa8kNyiH

The running back would eventually sign a deal with the Seahawks that included a $385,000 weight incentive and went on to make many of the fat-shamers feel bad for themselves after he spoke with ESPN and shed some light on his ongoing struggles with staying in shape.

In a perfect world, people would have learned their lesson after Lacy opened up, but sadly, the world is far from perfect and the planet is populated by assholes who see no issue with shaming people for their weight.

If you needed any proof, you got some over the weekend when Ezekiel Elliott posted a picture on Instagram and got put on blast by people who thought the running back looked like he’s been accumulating the wrong kind of mass this offseason despite another picture that was slightly more flattering.

On Tuesday, the Cowboy decided to issue a response in the form of a video where he stepped on a scale while shirtless to prove the fat-shamers wrong.

Elliot was listed at 228 pounds last season and is currently sporting a pretty solid six-pack so I think it’s safe to say some people need to hunt down a crow so they can eat it.