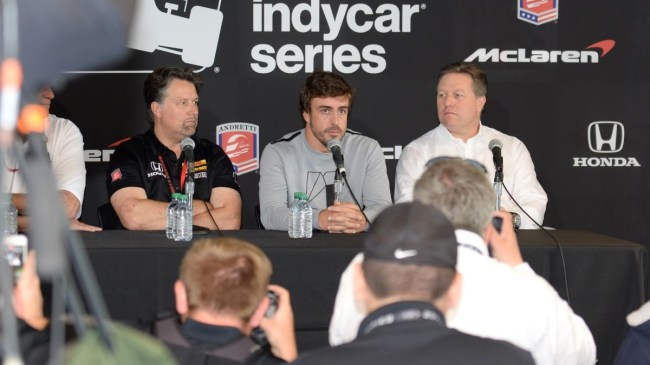 Of the 10 teams that currently occupy the Formula 1 grid, only one, Haas, is owned and operated in the US.

In fact, there have only eight American teams all-time in the legendary racing series. And they’ve combined for just 12 podium finishes and two victories. An American team has never won an F1 championship.

But that could all be about to change.

FIA (Federation Internationale de l’Autombobile) president Mohammaed Ben Sulayem, who oversees the sport, tweeted Monday that he’s instructed the governing body to look into an expansion of the Formula 1 field.

Andretti is a former F1 driver and CART series champion. He’s also the son of legendary driver Mario Andretti, the 1978 Formula 1 world champion and a winner of both the Daytona 500 (1967) and Indianapolis (500).

But he has dreams of bigger things. Most namely, a Formula 1 championship.

Andretti has spent the better part of the last year trying to form a team and join the grid. But there have been barriers to entry.

Most notably, the 10 current teams on the grid sought a large entry fee to cover the money lost from TV rights payments made to an additional team. Now it appears that barrier has been cleared.

Owen Poindexter of Front Office Sports reports that Andretti received financial backing from Guggenheim Partners (which owns the LA Dodgers) in order to provide the entry fee and more.

Guggenheim’s investment and Ben Sulayem’s statement are huge boosts for Andretti. And they come at a time when F1 has never been bigger in the United States.

Sooner or later, it sounds like Andretti will get his way.