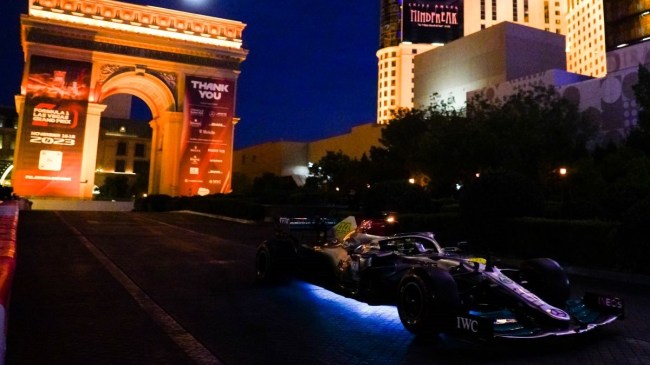 The massive success of Netflix’s “Drive To Survive” docuseries about the Formula 1 racing series has led to a huge growth of the sport in the US.

Last season, Formula 1 expanded from one grand prix in the United States to two with the addition of the Miami Grand Prix street circuit around Hard Rock Stadium.

In 2023, that number is set to expand again. The 2023 schedule introduces the Las Vegas Grand Prix, a night race set to take place on the famous Las Vegas Strip.

Tickets for the new race are already selling for eye-popping amounts. Hotels are offering luxurious all-inclusive packages for hundreds of thousands of dollars. The race appears to be the United States answer to the legendary Monaco Grand Prix.

For as much as it’s a sporting event, it’s also a place to see and be seen. One hotel, however, is taking its all-inclusive package to the next level.

Unless you have a hookup, this grand prix isn’t for the ordinary F1 fan. Instead, it’s for those looking to go all out. Which is why Caesars Entertainment is offering a $5 million “Emperor Package” according to Front Office Sports.

Here is everything the five-night, up-to-12-person package includes:

But if that’s not enough for you, they’re also sweetening the deal with two tickets to see the sold-out “Weekends with Adele” residency at The Colosseum at Caesars Palace.

Oh to be obscenely rich…