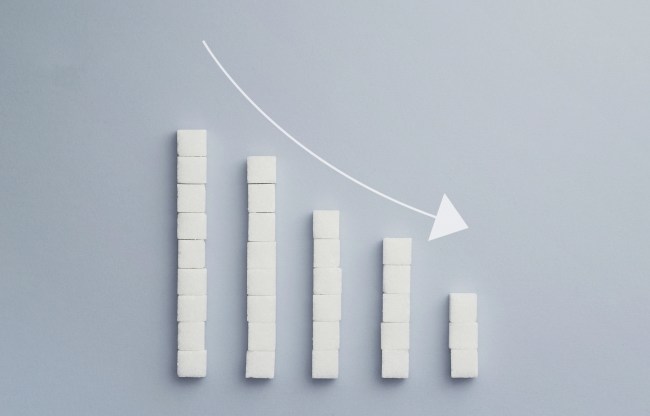 Throughout the years, every different type of food has been demonized and labeled “hazardous” to our health. First it was fat in the 70s and 80s, with experts saying too much fat would not only make us fat but cause heart disease as well. This also brought many sources of protein under scrutiny.

Then in the 90s and 2000s it was carbs that caught the blame. Fat was now good and carbs were bad. After that things like dairy and gluten started getting a bad rap thanks to the media blowing everything out of proportion.

Wow…I’ve been eating sugar all my life. Not sure how I’m still alive…

Unfortunately, these claims have gained a lot of traction among the general population, despite a lot of flawed logic and science surrounding them. In this article, we’re going to take a look at exactly why sugar isn’t the monster it’s made out to be.

Sugar is nothing more than a blanket term for different forms of carbohydrates, including glucose (found in most carbs), fructose (fruit sugar), and sucrose (granulated or table sugar). With the exception of fiber, basically all forms of carbs are sugar.

Now, as we know, carbs are the body’s preferred source of fuel so therefore, sugar is used as fuel by our bodies. It’s stored and used in the muscles for intense activity like weight training, as well as by the brain. In fact our brains require up to 20% of our daily energy expenditure to operate at peak efficiency.

So not only is sugar our bodies preferred source of energy, but it’s essential to operate effectively as well.

Now that we know exactly what sugar is and how it works, let’s tackle some of the common sugar misconceptions…

Sugar is toxic. This one is by far the stupidest one out there. EVERYTHING is toxic at some level. It would take 450 grams of table sugar in a relatively short period of time to kill a person. The average daily intake of U.S. adults is only around 80 grams.

Compare that to the toxicity of alcohol which is just over 100 grams, and you’ll see why calling sugar toxic is just dumb. For god sake, water is toxic if you drink enough of it.

Sugar gets stored as fat. Like we already discussed, sugar is used as fuel by our bodies and a majority of that fuel gets stored in our muscles. Fat storage only happens when these fuel stores are full, yet you keep consuming.

It’s also incredible difficult for your body to convert sugar to fat. Fat is actually much easier to be stored as fat because your body doesn’t have to convert it. It would much rather use sugar as fuel because it doesn’t require extra energy and will only store carbs as fat if it absolutely has to.

Where this misconception comes from is that many of our favorite carb sources also contain a lot of fat. Things like pizza, ice cream, donuts, cake, etc., are all very high in fat, in addition to carbs.

This makes it very easy to overeat on both of these. By themselves, carbs are very filling and actually not that tasty (think rice, potatoes, dry pasta). Similarly, fat by itself isn’t very appetizing either. However, together they create a recipe for overeating as fat makes carbs tastier, and carbs make fat easier to overeat.

Sugar calories are empty calories. This one is true…kind of. What most people mean when they talk about empty calories is no nutritional value. And as we’ve already discussed, sugar does provide us with some value as our bodies use it for energy.

Because of this, sugar is very easy to overeat. It doesn’t fill you up quickly like protein or veggies so our brains don’t get the signal that we’re full and should stop eating. And when you overeat on anything, be it sugar, or chicken, or whatever, you’re going to gain weight.

I hoped this article helped clear up some of the misconceptions about sugar. Too much of anything is bad. That’s why we need to learn how to incorporate different foods into our diets without overdoing it. Sugar is not toxic, it’s not the cause of obesity, and it certainly can be included in your diet in moderation.