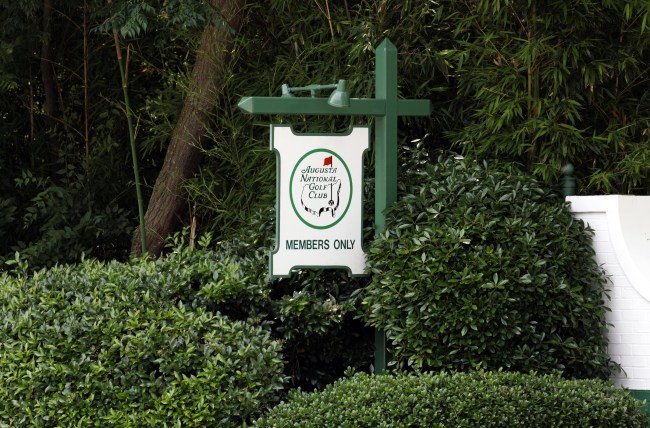 Every year I get excited when I sign up for The Masters lottery. It is my chance to score tickets to Augusta National without having to spend a literal fortune on the secondary market.

I’ve tinkered with every combination possible when it comes to my ticket request in the lottery. 1 ticket for Wednesday, 4 for Friday, 3 for Sunday, etc. I’ve never won but I’ve also never expected to win. I’m not saying that these charges down in Texas are the reason why I haven’t won The Masters ticket lottery yet (or why you haven’t won) but if these charges hold up then this was certainly a contributing factor.

A family in Texas has been charged with a complicated fraud scheme which included identity fraud, all to score tickets to The Masters and sell them on the secondary market. Four members of the family have been hit with charges according to the Associated Press. Given that tickets to The Masters sell for thousands of dollars in the secondary market this family could’ve theoretically made an absolute killing if they were able to get their hands on a ton of Masters tickets.

Documents filed in U.S. District Court in Augusta don’t say how many Masters tickets the four defendants are suspected of obtaining, or how much money they made from any resales. Court records say that from 2013 through 2017 the family used the stolen identities in an effort to cheat the lottery system that distributes tournament tickets and to circumvent Augusta National Golf Club’s rules allowing people to apply only once to enter its ticket lottery.

The family purchased bulk mailing lists to obtain names and addresses of people that were used to create fake accounts for Augusta National’s online ticket lottery, according to the court documents filed by federal prosecutors. Those accounts were submitted with email addresses controlled by Freeman and his relatives.

The family would then ask Augusta National to change the addresses associated with the bogus accounts, using “false driver licenses, false utility bills and false credit card statements in the identity of the fake user accounts” sent by mail, the court documents said. That would ensure any tickets won through the lottery would be mailed to addresses where Freeman and his relatives would receive them, prosecutors said. (via AP)

According to the AP, these charges carry the potential of up to 20 years in prison and ‘substantial fines’ which is definitely to be expected if this family is found to be guilty of making a fortune on scalping Masters tickets.

As for what this means for The Masters ticket lottery going forward, it’s unclear. Without knowing how many people put in tickets requests each year it’s impossible to know if this substantially enhances our chances of winning or if this family’s scam was merely a blip on the radar.

I’m about as anti-scalper as anyone you’ll ever meet. This stems from years of being a Phish fan and getting screwed out of NYE tickets and having to spend a fortune on StubHub or getting screwed over with fake tickets by scalpers off Craigslist. I’ve also been sold fake tickets to The Yankees-Rays in The Bronx on my birthday. Scalpers are the fucking worst.

For more on this, you can click here to read the AP‘s report.