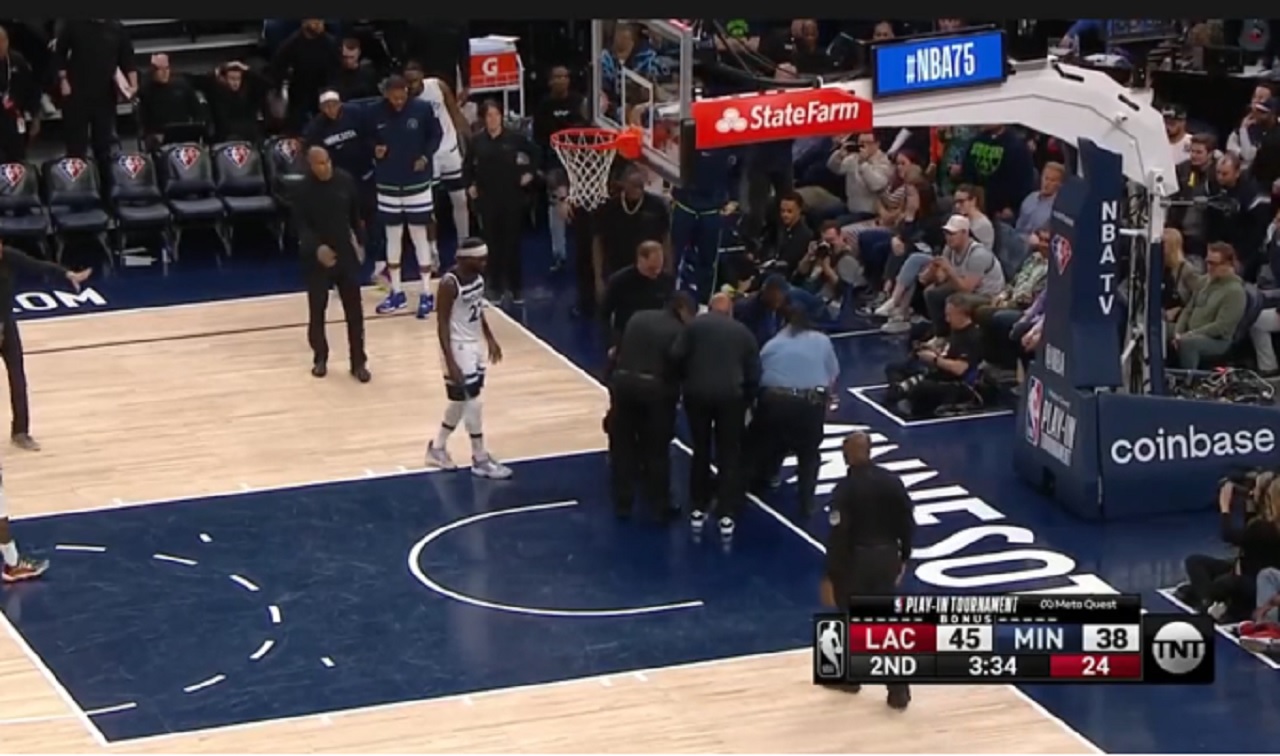 There was a bizarre stoppage in play during the Timberwolves-Clippers game.

Before halftime, a woman ran onto the court and was dragged off. According to TNT’s Allie LaForce, the woman was a protestor who was trying to glue herself on the court.

Fan goes on the court in protest pic.twitter.com/QxXvfp37Cv

Here’s an image of the woman gluing herself on the court.

She appears to be wearing a shirt that reads: “Glen Taylor Roasts Animals Alive”

Glen Taylor is the billionaire owner of the Minnesota Timberwolves pic.twitter.com/gwVH3dqBOi

Woman down under Clips basket during free throws. pic.twitter.com/FiZU5XmypJ

There have been a lot of games of basketball played since James Naismith invented it.

I don’t believe this sentence has ever been uttered before tonight’s Wolves-Clippers game.

“A spectator has glued herself to the court.” pic.twitter.com/BzJt8EE2XY

And evidence of the glue she left behind on the court.

The evidence of the glue on the floor

The woman who glued herself to court at Clippers/Timberwolves game wore a shirt that said "Glen Taylor Roasts Animals alive." She was referring to an egg farm that he has that had to recently kill chickens because of the bird flu outbreak that has been happening. Yep. @NBAonTNT

A woman attempted to glue her hand to the court during the Minnesota Timberwolves vs. Los Angeles Clippers play in game at Target Center. #Twolves pic.twitter.com/50QC1GtxVe