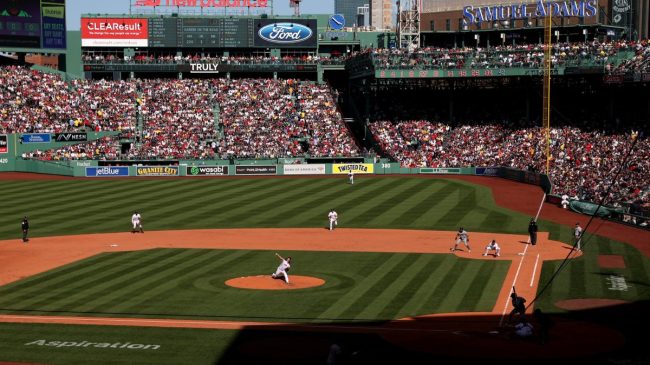 Boos rained down from the stands at Fenway Park as the Red Sox continue to struggle after the All-Star break. Boston has lost both of its games since making their second half return, including an embarrassing 28-5 loss in their series opener versus the Blue Jays.

That weekend has seen the Sox commit an array of Little League mistakes, including allowing an inside the park grand slam on a routine fly ball. They’ve made six errors over their last three games and are in danger of being swept by division rival Toronto.

On Sunday, there were more basic mistakes that saw Boston unable to field a routine groundballs along the infield, resulting in the home fans booing the Red Sox.

In the 5th inning, Vlad Guerrero hit a dribbler to the first baseman, which was fielded cleanly. Unfortunately, the pitcher overran the bag when attempting to record the out allowing Toronto to score. It was the third straight groundball that the infield was unable to make a play on.

That gave the Jays an 8-2 lead as they look to close out a sweep in Fenway. The immediate reaction on social media was not kind to the Bo Sox.

This happened on three straight hitters. The Red Sox are in shambles right now pic.twitter.com/4XB2SEt6An

The Boston Red Sox are a clown show pic.twitter.com/2u8MuwENC0

The Red Sox are unwatchable.

It’s been a tough few days for the Red Sox.