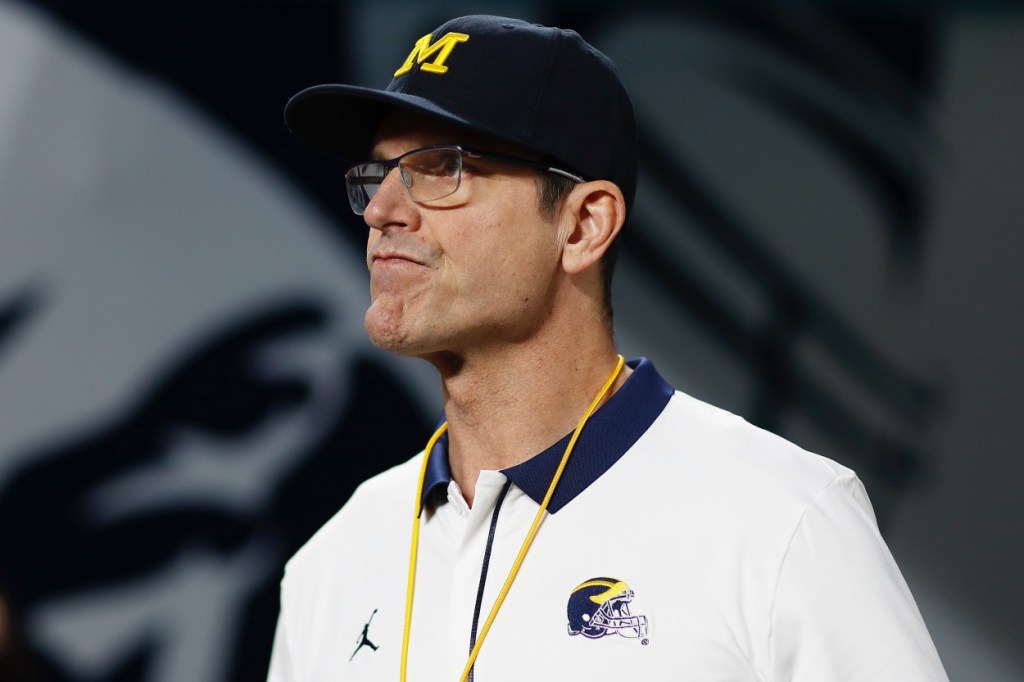 Jim Harbaugh has had a pretty legendary career in football. He is, by FAR, the best coach to make the jump from head coaching in College Football to the NFL where he holds 44–19–1 (.695) regular-season record with the San Francisco 49ers. He also made the Super Bowl in his second season with SF.

Harbaugh is coming off his best season yet with the Michigan Wolverines. He’s 61-24 overall over seven seasons with Michigan, he just won AP Coach of the Year, he FINALLY beat Ohio State and snapped an 8-game losing streak against their archrival. And here’s where it gets even better.

Going into his 7th season with UM, Harbaugh took a pay cut from $8 million to $4 million but he made $1.5M in bonuses for winning the Big Ten East Division, Big Ten Championship, and making the playoffs. He then donated that bonus money to staff members who lost money over the past 2 years. That certainly seems like someone who’d be comfortable in their job, right? Maybe not.

Rumors have been swirling for weeks that Jim Harbaugh is considering a move back to the NFL. Until Michigan, he’s never stayed in the same job for more than 4 years. And now Bruce Feldman of The Athletic is reporting that sources inside Jim Harbaugh’s program believe he’d take the Las Vegas Raiders head coaching job if offered.

Harbaugh, who has a long friendship with owner Mark Davis, started his coaching career with the team in 2003. He also has family ties to Las Vegas, which is where he met his wife. Multiple sources inside Michigan football told The Athletic this week that they think if Harbaugh is offered the Raiders head coaching job, he’d take it.

They also know that Harbaugh can be hard to read. Their hunches could be wrong — but they also know he’s never coached anywhere longer than four years prior to his seven years and running in Ann Arbor. They’ve each believed that he, at some point, would want to coach in the NFL again. (via The Athletic)

Michigan fans are exhausted by the rumors. They just want their program to figure out how to compete in the new NIL world. Many suspect Michigan’s NIL failures are fueling Harbaugh’s willingness to jump ship back to the NFL because near and long-term success in college football now requires a serious approach to NIL.

The reactions to the latest Harbaugh news are all over the place. Raiders fans would certainly welcome him with open arms, it seems.

I need the Harbaugh/Fangio combination in Las Vegas like I need air to breathe.

I, too, will take the Raiders job if offered.

The replies were snarky just like these ones are right now when Bruce first tweeted about Kelly to LSU and especially Riley to USC. He not putting this stuff out there for no reason

I feel for Michigan fans, I really do. I’m an FSU grad and when Jimbo was constantly linked to other programs every single offseason for years it got exhausting. By the time he left I was happy to see him go just so the fanbase wouldn’t have to deal with being strung along. Hopefully, Jim Harbaugh comes out soon with a decision and doesn’t leave everyone in limbo for too long.