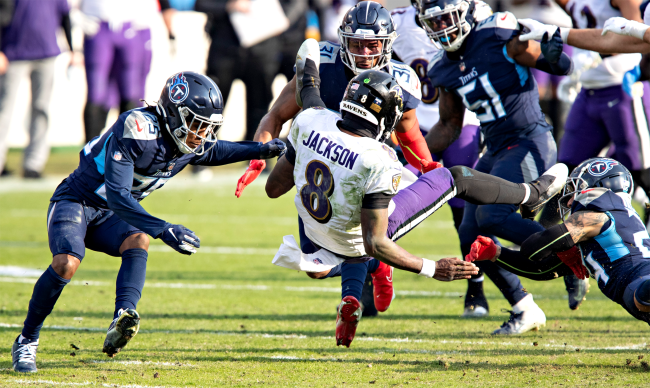 On Friday, the NFL announced a change to its postseason schedule. After expanding the playoffs for the first time since 1990 last season, adding a third wild card team in each conference, six games were held on what the league calls “Super Wild Card Weekend.”

In 2020, three Wild Card games were held on both Saturday and Sunday. For the 2021 season, one of those Wild Card games will now take place on Monday Night. So much for any concerns teams and players had with being forced into a short week during the playoffs.

One of the reasons this Monday night Wild Card game didn’t take effect in 2020 was because the college football national championship took place on the Monday following Wild Card Weekend. That is not the case this year.

The NFL also announced that two of the Super Wild Card Weekend games will air on CBS, two on NBC, and one game each on Fox and ESPN/ABC. The broadcaster of the new Monday night Wild Card game has yet to be determined, says the league.

Fan reaction to this rather radical change in the NFL’s playoff schedule was mixed, to say the least.

I don't like it. Not fair to whoever wins Monday night game to have a short week of preparation and recovery in playoffs.

Until the Saints have to play Monday night and then again the following Saturday.

This is unfortunate. Regular fans have to work on Mondays. This makes it harder for them to attend the games and for the local bars to have the right staff on hand (since these Monday night games don't have the lead time that the regular season ones do).

Oh great thanks a lot guys now not only do I not get a finished Monday night, Sunday night and Thursday night football during the regular season now we have a wild card game that I can't finish because some people actually do work for a living

As a Jaguars fan I'll never have to worry about what day my team is playing on so as a football fan this is incredible.

The fans loved the all day Saturday football. The nfl must put a stop to the fans enjoying things

Zero doubt this will benefit Brady

This is so dumb, just say the team that plays the Bucs will play monday

Seeding will be based on the remaining division champions in each conference being seeded 2, 3, and 4 by record, followed by the next three teams per conference with the best records being seeded 5, 6, and 7.