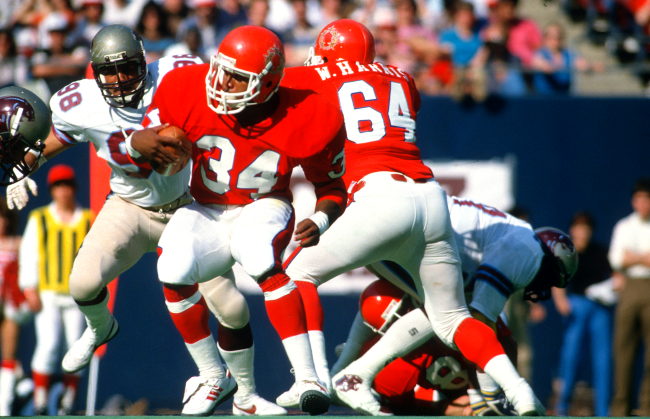 Back in June, it was announced that, despite no one asking for it, the United States Football League (USFL) would be returning.

According to a press release issued on Wednesday by the league’s owner, Fox Sports, “The new USFL is an American football league, owned by FOX Sports, that will deliver high-quality, innovative professional football played in the spring and early summer.”

There will be eight teams in the new USFL, split into two divisions –– North and South. Each team will play a 10-game schedule, with teams in the same division playing each other twice and teams in the other division once.

The top two teams in each division will play against each other in the semifinals followed a week later by the championship game.

All eight teams will play in one neutral location “which will be announced soon” during the USFL’s return season, with the league expecting teams to play in their own markets at some point in the future.

The 2022 USFL regular season will begin in mid-April and run through mid-June, with games being played on both Saturday and Sunday, along with special broadcasts on specific Fridays and Mondays.

The new USFL will be run by the founder and CEO of The Spring League Brian Woods with Daryl Johnston serving as Executive Vice President of Football Operations.

Mike Pereira will serve as the Head of Officiating and Edward Hartman will be in the role of Executive Vice President of Business Operations.

“We are extremely fortunate to have this extraordinary team of experienced executives to guide the new USFL’s development as we move toward launch this spring,” said FOX Sports CEO and Executive Producer Eric Shanks, who will serve as Chairman of the USFL’s Board of Directors.

“I am confident Brian, Daryl, Mike and Edward have the passion, experience, and commitment we need to get the job done, so come April, we will offer a compelling, high-quality game of professional football that fans will embrace.”

But will they? Will they really??

Let’s see just how excited football fans really are by taking a look at a small cross-section of the initial reactions to this announcement on social media.

Players getting paid? Or is Brian Woods charging the players $ to play like the Spring league?

I'll give you three dollars for it.

If He Hate Me doesn't do the first coin flip, why bother with new USFL?

How many times are we going to try with these spring leagues? Naming something the USFL, without the original cities, big name players and era of football will not make this the USFL. Plus people are not going to care about a bubble league. https://t.co/cNmbVfCwWA

@BrandonPerna Can’t wait to see some USFL power rankings after week 1 of the season https://t.co/pA3NHqI7Wn

In future news: USFL folds after lack of interest from players and fans

Interesting to me that it seems like they literally have nothing in place as far as cities that will have USFL teams, no players have been allocated drafted, no staff have been hired. And it starts in about five months?

It should definitely be interesting next spring when we have not one, but TWO football leagues operating. Stay tuned.