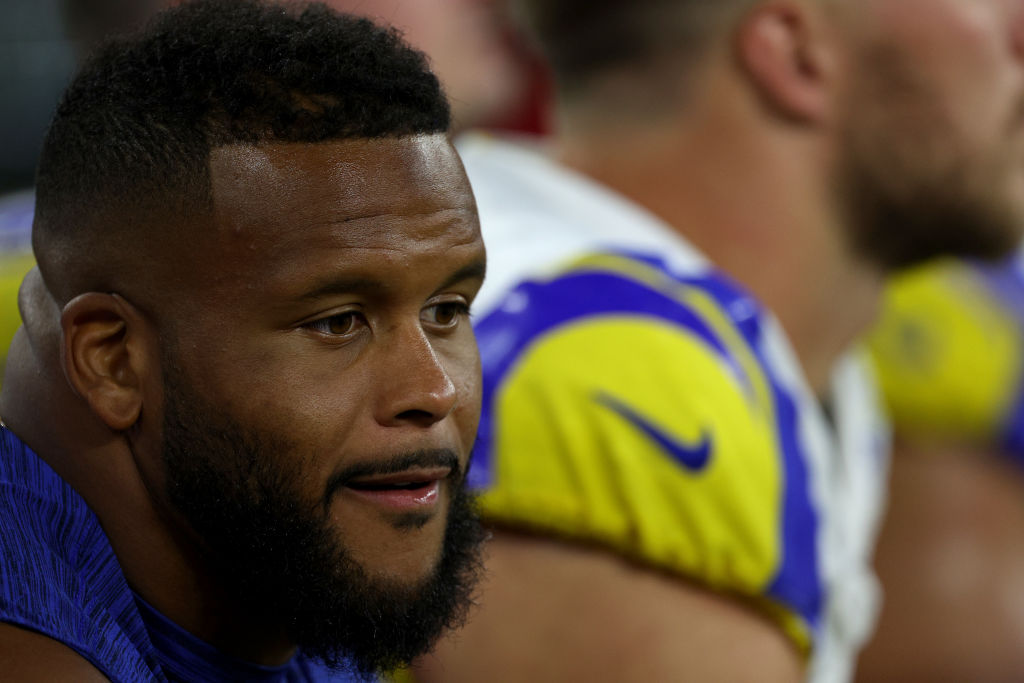 Aaron Donald might end up getting a call from the league office for his actions during the joint practice session between the Rams and the Bengals.

During Thursday’s practice, both teams got into a massive brawl that led to Donald swinging two helmets at Bengals players.

Aaron Donald out here ripping a Bengals player’s helmet off and playing Whac-A-Mole with it 😟 pic.twitter.com/Yiu53YpbZq

Fans are now calling for Donald to be suspended, considering Myles Garrett got a six-game suspension for swinging a helmet at Mason Rudolph during a televised game.

seems to happen with him a ton

the NFL should be suspending Aaron Donald for some amount of time IMO because this is absolutely recklesshttps://t.co/fDOc4YEKEE

Hey @NFL you going to suspend Aaron Donald just like you did Myles Garrett for swinging a helmet, or does he have a different set of rules?? https://t.co/D4VAUlcyME

@NFL suspend Aaron Donald like yall suspended myles garrett. He swung a helmet at a players head the same way garrett did https://t.co/MCK1lQ1sT9

The same way Myles Garrett got suspended, suspend Aaron Donald. This shit is uncalled for https://t.co/hv8Ck5rw72

Myles Garrett got suspended six games for this. The NFL has typically said it's up to teams to enforce discipline for infractions on the practice field, so Aaron Donald will probably get away with doing the same thing that cost Garrett a third of a season. https://t.co/fTtm3uU6oe