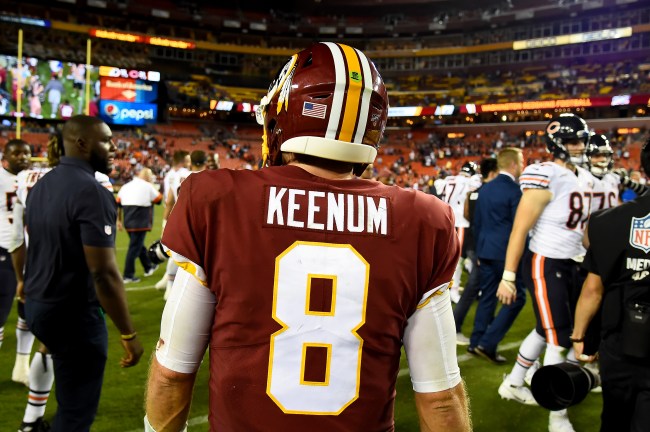 Welcome to week 4 of the 2019 Fantasy Football season.

We have reached the first quarter of the fantasy season, and now we really see how good or bad our team is.

If we’ve struggled out of the gate, time to make changes or else it could be panic time.

It’s also not time let up; you don’t want to assume a playoff spot is guaranteed this early.

Keep pushing and consider these players when making your lineup this week.

Quarterbacks: Who To Start Week 4

Out of all debuts last week, I would believe most doubts were about Danny Dimes.

He was the best out all of the debut starts, ranked the second-best fantasy quarterback, and he did something Eli has never done; lead his team from an 18-point deficit.

This week he makes his home debut against the Redskins. Their defense has given an average of 24 points to fantasy quarterback this season.

Daniel Jones’ debut performance this past Sunday was all the talk, but Allen performed just as well in his season debut by throwing for four touchdowns. Cam Newton will miss another week, and this gives him another opportunity.

Although the Houston defensive line is tough, Allen has talented receivers in D.J. Moore, Curtis Samuel, and Greg Olsen, and one of the best running backs in Christian McCaffrey, he has the chance put up some similar numbers to last week.

Although the Redskins’ record doesn’t reflect it, Keenum has been an efficient fantasy quarterback this year; throwing for an average of 311 yards-per-game and seven total touchdowns.

This week, he goes against a Giants defense who are last in passing yards-per-game and a fourth-worst with 27 fantasy points-per-game.

Quarterbacks: Who To Sit Week 4

I do not know how much longer the former second overall draft pick will be behind center in Nashville. He hasn’t been able to move the ball very efficiently, and all but Delanie Walker have not been any value in fantasy.

This week he gets a tough matchup in Atlanta as their defense has surrendered the least amount of passing yards per game.

If you’ve seen any of my social media, I’m all aboard the Minshew bandwagon.

Unfortunately for this week, I’m going to tone down my level of “Minsanity.”

The Broncos are tough on quarterbacks; only giving up an average of 11.2 fantasy points to the position this year, and less than 15 in Denver since last season.

Allen is has having a breakout season. In three games he has three touchdowns, but his legs have him tied for first in rushing touchdowns amongst with two.

This week brings the real test as he faces New England at home.

The Patriots have been the overall best defense this year, a small factor is the teams they’ve played, but none the less, it’s going to be a rough day for Allen and that offense.

Wide Receivers: Who To Start Week 4

McGuire is one of the young players on this Washington offense who has the potential the be special.

This week is he has a great matchup against the Giants, who have given up the most yards-per-game to wideouts and allowed Mike Evans to have 190 yards and three scores last week.

His targets took a dipped from 24 the first two weeks, to just two this past Sunday.

He has an incredible chance for a bounce-back week against the Texans who have given up the fifth-most yards to receivers and nearly 30 fantasy points-per-game.

The Seattle rookie hasn’t had that a big game yet, He’s only caught 47.7% of his targets, but Wilson likes throwing to this big target.

He faces an Arizona defense that has been torched by the pass.

Wide Receivers: Who To Sit Week 4

It’s tough to trust Davis as long as Marcus Mariota is the quarterback for the Titans.

The offense is run-dependent, and with Delanie Walker receiving a majority of the target shares, Davis has no value for the time being.

Just like me, you probably drafted Diggs high on your board, but it’s hard to make any case to keep him in your lineup.

Ranked the WR72 this year, he could only manage three catches for 15 against Oakland, this week he goes to Chicago. With how Vikings have emphasized the run, the opportunities aren’t there.

With injuries to DeSean Jackson and Alshon Jefferys, Algholor was the smart play last week and rewarded you with 19 PPR points.

As some Eagles fans have mentioned this week, there may be some more mishaps in Algholor’s future.

The Green Bay defense is fifth-best in yards to the receiver this season and has only allowed one touchdown.

Running Backs: Who To Start Week 4

The Packers have been a shut-down passing defense, but they ranked 25th in rushing yards-per-game.

Johnson owners have been frustrated as he’s averaged under three yards-per-carry and doesn’t have a rushing touchdown.

Coach Matt Patricia still has confidence as in Johnson as had a career-high in carries with 20 last week.

Running Back Sleeper for Week 4

The Chargers are this week’s contestants in the 16 -week long game called “Who will the Miami Dolphins Get Embarrassed By?”

Austin Ekeler will get the early touches, but as they build a comfortable lead, Jackson will play mop-up duty. He has the chance to put some good numbers.

Running Backs: Who To Sit Week 4

Although coach Pete Carroll says “we still believe” in Carson, it’s hard to ignore some of the writing on the wall. Russell Wilson and the offense went unusually pass-heavy in their loss to New Orleans.

If Rashaad Penny returns this week, Carson could see a dip in opportunities.

Do you want to guess what Matt Nagy’s feelings are about Montgomery? I’m serious because I don’t know.

I believed Monty’s time arrived when he had 18 carries and a touchdown against the Broncos.

Last week, he had 13, and the majority came late in the fourth quarter when the Bears had an extensive lead.

The Vikings come to town this week and have only allowed an average of 65 rushing yards-per-game and one touchdown.

Running Back Bust for Week 4

The 36-year-old had the lead-back duties last week and found the end-zone.

This week, he goes against a harsh New England offense which hasn’t allowed anyone to even rush for 40 yards yet this season

Tight Ends: Who To Start Week 4

I haven’t been kind to the Titans offense as you have seen, but my exception goes Walker.

He currently leads the team in targets, receptions, and receiving yards, Mariota looks to him as a security blanket.

Will Dissly at Arizona Cardinals

Dissly has been a favorite of Russel Wilson in the end-zone; he has scored a touchdown in the red zone each of the last two weeks.

This week he has a great matchup against Arizona who has given up a touchdown to the tight ends in each game this year.

You’ve probably been contemplated what to do with Hock after these last two complete duds. It would be best if you put your trust back in him this week.

The Kansas City defense has allowed the fourth-most receiving yards to tight end, and although they haven’t given up a touchdown yet, I expect that to change Sunday.

Tight Ends: Who To Sit Week 4

Andrews caught attention for his first two games combining for 220 receiving yards and two touchdowns, last week he struggled against the Chiefs for only 15 yards.

He faces a Cleveland squad that has only given up an average of 23.3 receiving yards-per-game to tight ends this year.

I had Olsen listed as my sleeper last week, and if you started him, you were rewarded with two touchdowns and 22-point PPR game.

I sadly have to list him in the sits this week; The Texans have given up an average of only 3.1 fantasy points this season to the tight end.

Last year’s offensive star for the Raiders has burnt out for the Saints.

It doesn’t look like he has any valuable role in this Brees-less offense as he only saw two targets in their 33-27 win against Seattle.

He has another favorable matchup this week, but I’d temper my expectations. 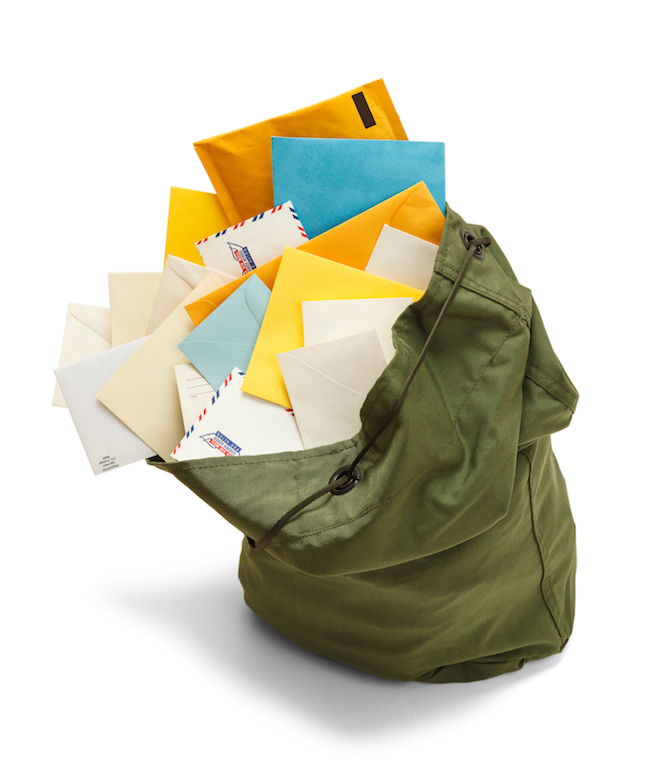 What are the expectations for Wayne Gallman?

Losing Saquon Barkley is a really tough loss because you most likely drafted him number one.

Gallman will not replicate Saquon’s fantasy numbers; he could fill the gap as high-end RB3, depending on his volume possible low-end RB2.

Will Austin Ekeler have value once Melvin Gordon returns next week?

Not really. Ekeler put up some good numbers on Gordon’s absence, but Gordon is an RB1 when he’s on the field.

You should have hand-cuffed these two.

I don’t Ekeler being more than a flex play as long as Gordon gets the ball.

I don’t like either more than mid RB2. Barber is considered the lead back, but Jones looked like the better runner last week.

What’s your outlook on JuJu Smith-Schuster?

The 76-yard touchdown was his saving grace from an absolute fantasy stinker, but I’m remaining optimistic.

You’re not taking JuJu out of your lineup.

As he and Mason Rudolph get more reps, they’ll find chemistry. Smith-Schuster is one of the most talented receivers in football, give it some time.
***