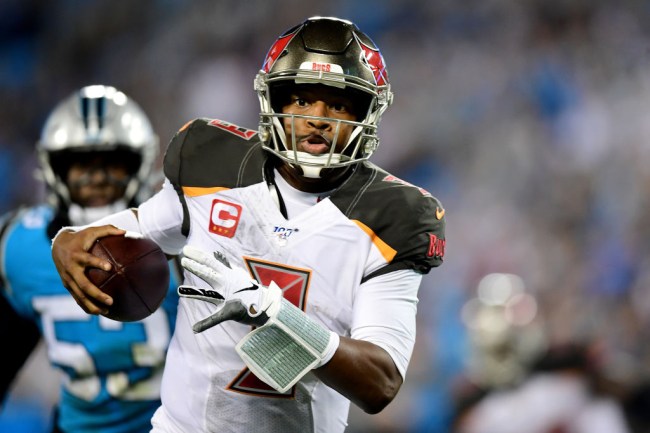 Whether you’re celebrating two consecutive winning weeks, or hovering around the bottom of the league standings, it’s time to forget all of that and concentrate on your lineup for week 3 of Fantasy Football 2019.

It’s a new week and anything can happen.

Let me tell you who should start and sit in your lineup for week three.

Quarterbacks: Who To Start Week 3

Winston has struggled so far this season in the new Bruce Arian offense with 402 pass yards two touchdowns and three interceptions.

He has an excellent opportunity to get his season on the right path as heads to New York to face the winless Giants.

New York’s secondary has been abysmal this season giving up the third-most passing yards and quarterback fantasy points-per-game. Jameis has the potential to finish in the top five this week.

Prescott is out there proving he needs to be the next big paid quarterback.

Tied with Mahomes with seven TDs, he’s going up against a Miami defense that’s given up 101 points in two games this year.

The Dolphins also lost their best defensive back, Minkah Fitzpatrick, in a trade with the Steelers.

Trubisky was projected to break out this season and ascend to top quarterbacks status; it’s been far from that the first two games.

The Bears quarterback has thrown for a total of 348 yards and zero touchdowns to begin 2019.

Trubisky owners need to hold onto faith this one last week. He has a favorable matchup against the Redskins who have allowed 582 passing yards and six touchdowns this season.

If Trubisky doesn’t have a successful game this week, then it might be time to consider dropping him from your roster.

Quarterbacks: Who To Sit Week 3

Flacco has been reliable fantasy quarterback this year, especially in this crazy season at the position.

He faces a tough passing defense in Green Bay this week. They’ve yet to allow a quarterback to throw for 300 passing yards and have three interceptions.

Dalton has been an outstanding overall quarterback in this new Zak Taylor offense.

I’d temper my expectations for this week as he has a difficult road start against the Bills.

Buffalo has given up the fourth-least amount passing yards, and only allowed quarterbacks to score 11.6 fantasy points-per-game this season.

Brissett has been able to find receivers in the end zone with five touchdowns, but only averages 168 passing yards-per-game this year.

It’s tough to start him against an Atlanta passing defense that has only given up an average of 176.5 yards-per-game, the least in the league.

Running Backs: Who To Start Week 3

After last week, it looks as the Texans have made Hyde their lead running back.

He out-touched Duke Johnson 20-6 and was the stronger runner of the two.

Houston is going to rely on him to open up the passing game against the Chargers and what looks to be a shootout.

Montgomery owners after week one felt their hearts sink after drafting him so high, and then to see him out-touched by Mike Davis.

After week two, the clouds of doubt have parted, and they can take a breath as he was the lead back carrying the ball 18 times in their win against the Broncos.

We can continue to keep a smile as he has another great matchup against the Redskins who have given up the fourth-most rushing yards this season.

Montgomery is a viable RB2 for the foreseeable future.

Running Back Sleeper for Week 3

The ageless running back leads the team in carries last week against the Giants.

Devin Singletary is currently battling a hamstring injury, this could increase Gore’s value.

Running Backs: Who To Sit Week 3

Lindsay’s value has dropped significantly since his breakout 2018 season. Last week he ran for 36 yards, and only out-carried Royce Freeman13-11.

Green Bay’s revamped defense has been effective so far this year. Lindsay should ride your bench.
James White vs. New York Jets

White’s game was saved last week thanks to a touchdown; he only totaled 29 yards from scrimmage.

Running Back Bust for Week 3

As David Montgomery’s use increases, Cohen’s will dip.

His targets were cut from ten in week one to five last week and only has four carries this season.

His use has mainly been in the passing game, and he hasn’t been effective only averaging 5.6 yards per-reception.

Washington has allowed the fourth-least amount of receiving yards to running backs and only 4.5 yards per-reception.

Wide Receivers: Who To Start Week 3

Philadelphia receivers Alshon Jeffery and DeSean Jackson both left last weeks game against the Falcons due to injuries. Jackson and Jeffery are currently listed as day-to-day.

Agholor played heavily into Wentz’s second-half resurgence. He caught eight of eleven targets for 108 yards and a touchdown in the week two comeback win against the Falcons.

This week, he goes up against a Lions’ secondary that has allowed the second-most receptions to wide receivers and the sixth-most receiving yards to the position.

He and Zach Ertz should get a lot of opportunities if Jackson and Jeffery don’t suit up.

I’ll never doubt Sanders again as I had him as a sit last week.

He looks healthy after his Achilles injury; he was running routes sharply and finding space all game against Chicago.

He faces another tough NFC North defense in Green Bay, but with 20 targets, seven of them in the red zone this season, he’ll get plenty of opportunities.

Wide Receivers: Who To Sit Week 3

The presence of Antonio Brown looks like it’ll put a dent in Gordon’s opportunity for targets.

Tom Brady seems to have a good rapport with Brown in his debut.

With Brown as the primary wideout, and Edelman commanding the slot, Gordon will have to tough time being relevant in this offense.

Westbrook was looked at as the primary receiver for the Jaguars heading into the season.

The injury to Nick Foles has hindered those expectations. D.J. Chark out-targeted Westbrook 9-5 in last week’s game against Houston.

Davis is not the number one receiving option in Tennessee as once predicted.

Delanie Walker and A.J. Brown are currently ahead of him in targets this season.

In this run-heavy offense, Davis will not have a chance to make an impact.

Tight Ends: Who To Start Week 3

Engram has been the most dependent pass catcher for the Giants and currently leads the team in targets.

With rookie Daniel Jones making his debut, he’ll rely on the sure-handed Engram to move the ball through the air.

A great matchup, The Bucs have given up the third-most receiving yards to the position this season.

Although this matchup does not look good on paper, Waller’s impact on his team’s offense makes him a strong start.

He’s been on the field for 95% of the offensive snaps and currently leads the team in targets.

Derek Carr has a history of throwing to his tight ends; Jared Cook last year lead the team in targets, receptions, and receiving yards.

The veteran tight end’s previous two seasons were cut short due to injuries. His first game this season was a tough one with only 36 receiving yards.

A repeat performance looks imminent as the Cardinal’s defense has been responsible for both top-performing tight ends this season (T.J. Hockenson in week one, Mark Andrews in week two).

Tight Ends: Who To Sit Week 3

Even with the heavy passing attack of the Bengals, Eifert has not been effective.

He only caught three passes for a mere nine receiving yards last week; the touchdown saved him from fantasy embarrassment.

It’s tough to see any value in Rudolph at this point.

The Vikings are leaning towards a run-heavy offense: Kirk Cousins ranks 32nd in pass attempts this season.

Rudolph has been used as a blocker in 55% of his snaps this season. He won’t have the volume worthy enough stay in your lineup.

Hockenson’s stock plummeted, a fantasy star after week one, last week he caught one reception for seven yards.

I don’t see a bounce back this week as the Lions head to Philadelphia. They’ve only given up three touchdowns to tight ends dating back to the start of the 2018 season.

Every week, I open up questions on my Instagram story.

Do I start Daniel Jones?

I’d hold off for now. With Saquon Barkley in the backfield, the Giants will rely on the run.

The Tampa Bay defense has three takeaways so far this season.

How about Mason Rudolph?

If you didn’t pick up someone like Josh Allen on the waiver wire, Rudolph is a solid QB2.

A good offensive line, James Connor in the backfield and JuJu Smith-Schuster has some of the best hands in the league.

A tougher matchup against San Francisco, but a year with the clipboard, he knows this offense, I like him as a start this week.

What about Teddy Bridgwater?

He did not look good replacing Drew Brees, and the offense as a whole looked terrible.

Now Sean Payton is saying he and Taysom Hill will split time behind center, so stay away.

Which rookie quarterback has the best outlook this season?

Daniel Jones has less time in this offense, and his schedule is challenging going forward.

After week 4 in Washington, he goes against Minnesota, then on the road to New England.

Week 12, 13, 14, during fantasy playoffs time, he goes against Chicago, Green Bay, and Philadelphia.

His toughest matchup will be week 15, which could be your semi-final, with Buffalo at home.

Which Chiefs wide receiver should I start?

Short answer, any of them.

Demarcus Robinson, Mecole Hardman and Sammy Watkins all have high WR2 value in that offense.

Mahomes is going to throw to all three of them, and each has the potential to shine.