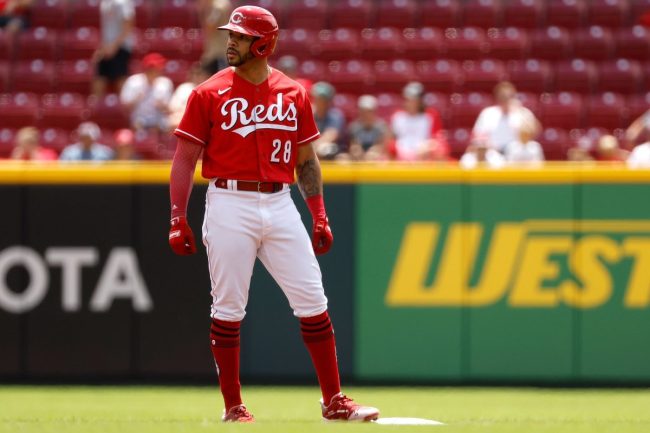 Cincy is an obvious seller at the deadline as they currently sit near the bottom of the NL Central with a 40-61 record. Pham will now provide some pop and versatility in a lineup for a potential playoff contender.

On the year, the left fielder is hitting .238 with 11 homers. But while his on-field contributions have been noted, he made the most noise this season for some off the field drama.

Earlier in the year, Pham slapped Giants outfielder Joc Pederson over a fantasy football dispute. That disagreement stemmed from some shady dealings surrounding Pederson’s injured reserve practices, as Pham said he added a player that he was not permitted.

The slap made headlines, letting fans in on a beef that eventually entangled league commissioner Mike Trout, too.

So, as you could imagine, when news of Pham’s trade arose, fans quickly chimed in with their hilarious fantasy football references.

MLB insider Ken Rosenthal first broke the news of a Tommy Pham trade on Twitter. At the time, he did not know where Pham was headed, but it has since been announced that he’s on his way to Boston.

Commish should #veto this just for laughs. https://t.co/ESBazZ864r

Others hoped that he would land with the Giants, but those hopes were sadly dashed.

Please be the Giants 🤞🏻 https://t.co/abACCrE6hL

He's a Giant, sharing an outfield with Joc. (No but could you imagine) https://t.co/gcbCOqdSyL

Pham will soon suit up for the Red Sox as Boston looks to make a postseason push. Hopefully, the outfielder doesn’t have any fantasy football beefs with his new teammates.