Worst Fantasy Football Punishment Ever? Loser Covers Himself In Peanut Butter At The Dog Park 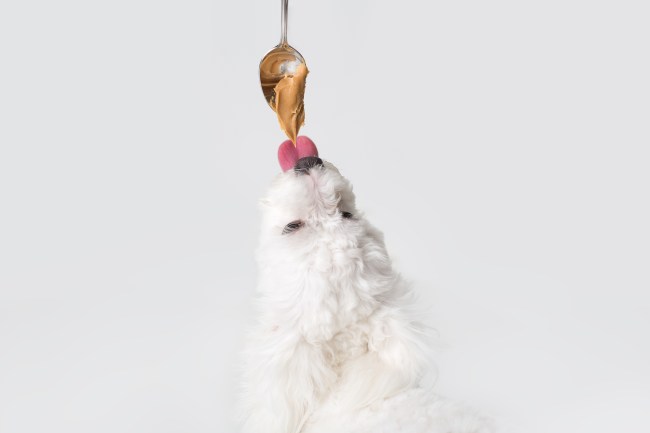 A man in Dallas is making headlines after photographs of him suffering his fantasy football league punishment. It was his first year playing with this league and from what it sounds like, it will probably be his last.

Terrible fantasy football punishments are something I know a thing or two about. For years I was in a league where we had baked in a few hundred dollars extra and the winner of the league got to choose a random destination and the loser had to get on a plane and fly there. One year, this led to a friend with a crippling fear of clowns having to fly to Nevada and spend the night in a haunted clown motel in the middle of nowhere, a clown motel adjacent to a cemetery.

This guy’s fantasy football punishment has gone viral overnight and WFAA tracked down the story to get some clarity. As a dog owner, I’d be quite shocked if someone covered in peanut butter showed up to the dog park but it apparently went pretty smoothly after he told everyone he’d lost a bet.

The story behind the guy who went to a Dallas dog park covered in peanut butter https://t.co/O1nkSObhc1 pic.twitter.com/4Ff805i5Lz

The league was a $250 buy-in where the league’s loser had the option of paying an additional $250 to the winner or performing some sort of humiliating stunt. These stunts often include someone standing in traffic with a ‘loser’ sign, taking the SATs, getting a tattoo, etc. But the league came up with this peanut butter plan.

The idea was he needed to cover himself in peanut butter wearing nothing but a Speedo and he had to stand in a dog park for 10 minutes. 10 minutes isn’t that long, right? You can pretty much do anything for 10 minutes.

“I said, ‘That’s not a big challenge.’ No one believed me, they’re like, ‘No way is he going to do it,'” Shrout said.
Well, last Wednesday Shrout arrived at Bark Park Central in Deep Ellum, threw on a speedo, slathered three jars of creamy Jif peanut butter onto his body, and walked into the park.
“My strategy was to do it as fast as possible, and hope that not many people would see me,” Shrout said.
Spoiler alert: A lot of people did. (via)

He said he knew it wasn’t going well when a couple walked by and simultaneously said ‘EWW’ and sped off. That was his first inkling that this might not be confined to just the next 10 minutes. In this video filmed by his friends, you can see the dogs incredibly interested in him. Following him all around the dog park in pursuit of that delicious peanut butter.

I’d honestly be more worried about the dog owners thinking this was some sort of weird sex kink and attacking me and not so much about the dogs but apparently things were smoothed over when he told the dog owners it was all for a fantasy football bet:

Shrout said dog owners were speechless.
“A lot of them just wondered what I was doing, and then when I said I lost a bet, they all laughed,” Shrout said.
Shrout’s friends took pity on him and let him leave after just 5 minutes.
But the pictures people took got a lot of attention on Reddit and Instagram.
“It went pretty viral,” Shrout said. “More viral than I thought it would go.”
“I think my favorite comment was, ‘Lost bet equals “This is my kinky fetish,”‘ and I said, ‘Absolutely not.’ That made me laugh really hard.” (via)

The story behind the guy who went to a Dallas dog park covered in peanut butter https://t.co/O1nkSObhc1 pic.twitter.com/4Ff805i5Lz

It could’ve been a lot worse, right? He could’ve ended up with one of these *very* permanent tattoos on his body.

This was his first-ever year playing fantasy football and 25-year-old Steven Shrout said while he finished last in the 12-team league he’ll probably play again, just likely not with this league.