13 Players To Grab Off Of Waivers Heading Into Week 11 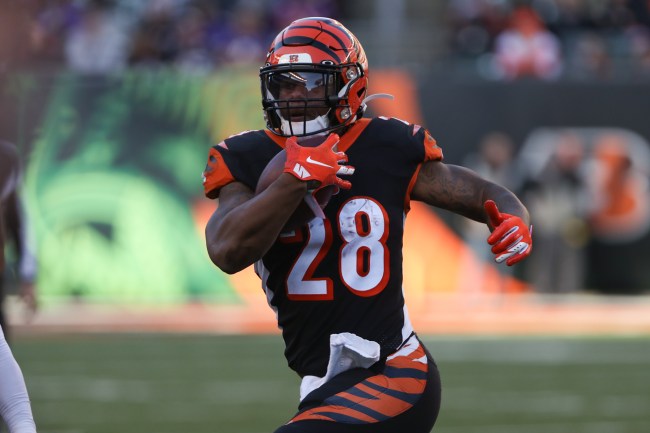 Welcome to Week 11. If you got through byepacolypse with a win, I congratulate you.

This week we saw some more important fantasy players out with injuries, and some of the replacements step up. We also saw some solid fantasy players of the past, who have struggled this year, look like them old selves.

There are four more teams on a bye this week (Packers, Giants, Seahawks, Titans). All of them have players you typically start week-to-week.

Here are the players you should add from the waiver in Week 11.

If for some reason the previous owner of Mixon gave up and put him on the waiver wire, grab him. The Bengals were down big the entire game to Baltimore last week, and they still gave the ball to Mixon, resulting in 30 carries. With an unproven rookie quarterback, Mixon will be the driving force behind this offense.

I don’t know if this was due to the matchup against the Cardinals, but Howard is an incredible player. This could be the step in the right direction and with the talent pool of tight ends, hes’ worth a roster spot.

Damien out-touched Darrel Williams 24-3 this week against Tennessee, while LeSean McCoy was a healthy scratch.

Damien looks to be the guy in Kansas City.

Landry is finally being utilized in this offense; he now has at least ten targets in three consecutive games and touchdowns back-to-back weeks.

Landry will be a great asset in PPR formats.

Guice is coming back after knee issues put him on IR. Washington is very run-heavy, and the plan was to have Guice be the lead back till his injury. He may split carries with Adrian Peterson, but Guice can be RB2 with his talent.

Freddie Kitchens said he was going to involve Hunt in this offense, and he did. He was the change of pace back to Nick Chubb, but was also involved in the passing game with nine targets.

The game plan obviously worked with a win against a tough Buffalo defense. Hunt will have a role on this team going forward.

With Sterling Shepard and Evan Engram out this past week, Daniel Jones relied heavily on Slayton, leading the team in targets, receptions and receiving yards. He’s very athletic and can break defenders. Slayton has a high floor in this offense.

Cam Newton is done for the year, and possibly for good in Carolina. Allen responded with his first career 300 passing yard game against Green Bay Sunday night.

He has talented receivers in D.J. Moore and Curtis Samuel, along with one of the best running backs in the league in Christian McCaffery, he’s going to have some more big games this year.

The Jacksonville quarterback will make his return after breaking his collarbone in the first series of the season opener. If he wasn’t stashed in your league, go get him.

With Ito Smith on the IR and done for the season, Hill is the number two back in Atlanta.

Devonta Freeman left the game against New Orleans with a foot injury; Hill had 20 carries and a receiving touchdown in relief; if Freeman can’t go, Hill will be the lead back.

The Patriots’ first-rounder should make his debut this week. For now, he’s a stash option until we know the extent of his role in New England.

I don’t understand why Beasley doesn’t have a higher owner percentage. He was a productive slot receiver in Dallas and has carried that role into Buffalo. He now has a touchdown in three straight games.

The veteran hasn’t done much with the Jets this year, but he led the team in receiving yards last week.

I like him as a number two option to Jamison Crowder next week against Washington. I see Josh Norman covering Robby Anderson mostly, drawing attention away from Crowder and Thomas.