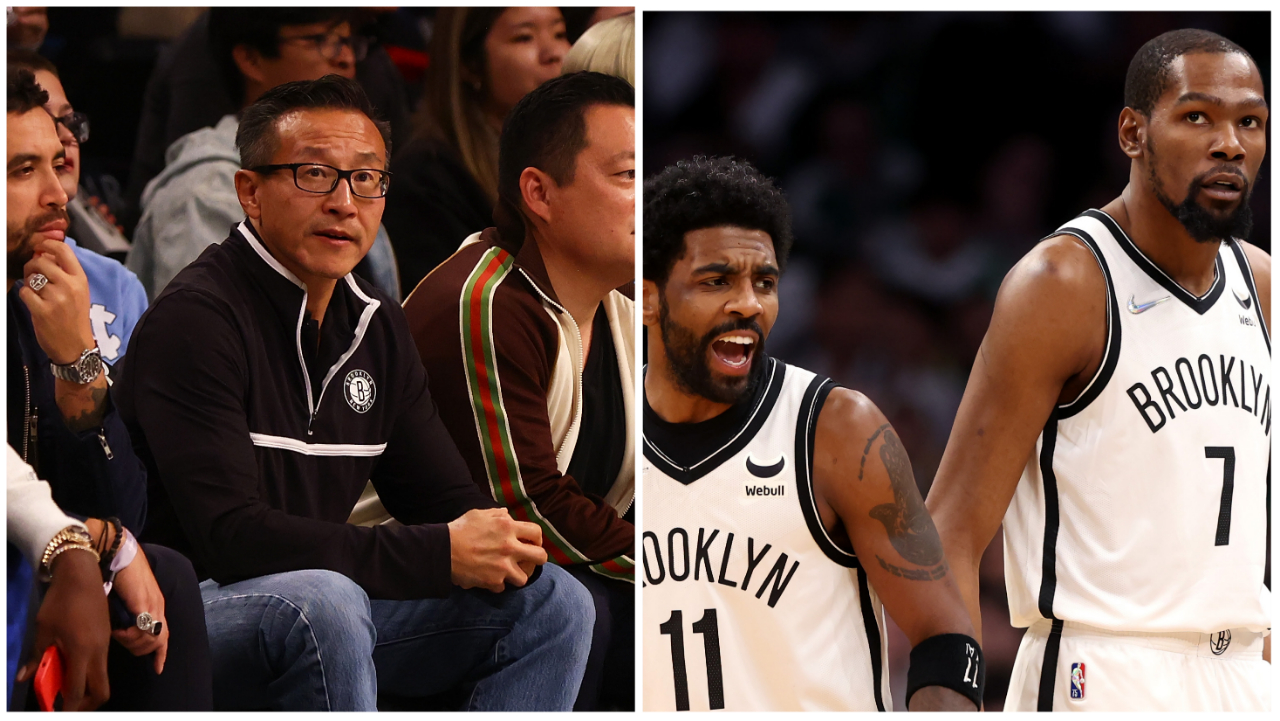 Earlier this week, it was revealed that the Nets could lose both Durant and Irving this offseason after Durant requested a trade from the team. Apparently, Tsai “has reached his limit” dealing with his two superstars after an embarrassing season.

Via Joe Vardon The Athletic

Nets owner Joseph Tsai had already reached his limit, multiple sources told The Athletic, after years of injuries, off-court embarrassments, and playoff failures were followed by threats leaked by Irving and Durant during Brooklyn’s contract negotiations with Irving.

According to ESPN’s Brian Windhorst, Tsai would rather have a team that he’s proud of instead of dealing with what he dealt with this season with KD and Kyrie.

"Billionaire Joe Tsai would rather have a team that plays hard that he's proud to own that fights for the play in, than have way more talent that he's not proud of" –@WindhorstESPN

tbf to Joe Tsai this top 2 "talent" players won 1 playoff series & was in play in & got swept. pic.twitter.com/6QV96aeDPf

Fans had interesting reactions to Windhorst’s report on Tsai.

I can't believe we actually have a "got that dog in him" owner in the NBA. Have fun with that, Nets fans. Y'all in for a ride. https://t.co/xJaRkeDujI

Wings melted, Icarus has ideas about flying near the sun. https://t.co/IiLXFHmwGI

Gotta be honest, I respect the hell out of this. Plucky upstarts with hope for the future > sellout mercs who aren't likable https://t.co/Fny4ytVM1n