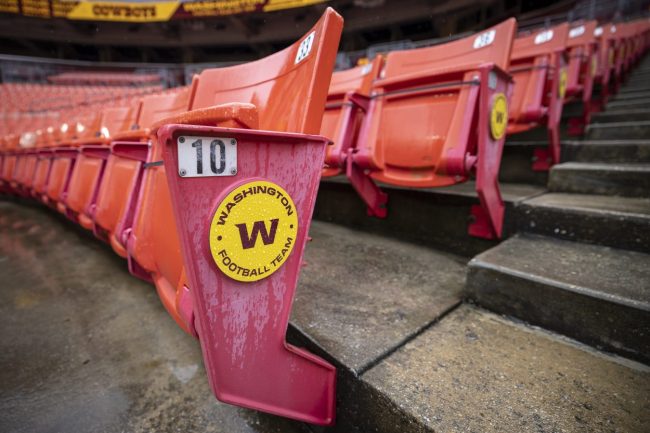 When you combine the two, it makes for a complete and utter disaster.

That’s what happened on Sunday. After the Football Team fell 20-16 to the Eagles, a group of Philadelphia fans gathered on a railing by their team tunnel.

As quarterback Jalen Hurts headed back into the locker room, they leaned on a railing to get a better look. Moments later, the stands collapsed around them.

A new video emerged of the incident and it is pretty crazy how close that Hurts came to a potentially serious injury. It was within inches.

“I’m just happy everybody is safe from it,” Hurts said after fortunately leaving the scene unscathed. “That’s crazy stuff right there. That was a real dangerous situation. I’m just so happy everybody bounced back from it, it seemed like. Passionate Eagles fans. I love it.”

Well, after having an incident occur that nearly took out a rival’s starting quarterback and could potentially be grounds for a lawsuit from the fans, Washington has solved the problem.

Instead, to fix the broken railing, it took some zip ties and strapped it back up. Not even a whole box of zip ties, three zip ties.

For those wondering, the railing has been ziptied after its earlier collapse pic.twitter.com/XRXkJ4KgAT

Somehow, some way, Washington and FedEx thinks this is enough. In a situation where it needs to rebuild that entire section of railing, it went with zip ties.