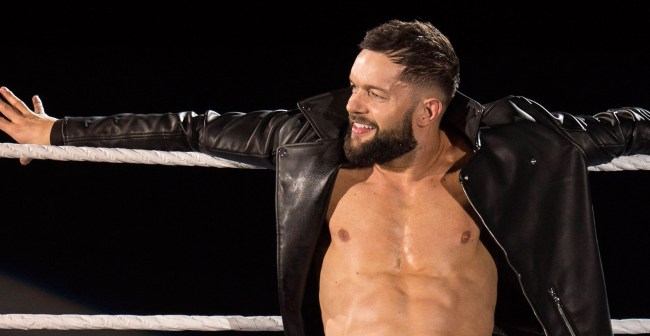 WWE superstar and current Intercontinental Champion Finn Balor seemed to be having the time of his life at the UEFA Finals match between Tottenham and Liverpool over the weekend.

As evidenced in the video below, the 37-year-old Irishman was doing what any good soccer fan would be doing at a game of such magnitiude: enjoying the living hell out of it.

In fact, the former WWE Universal Champion was enjoying it so much, he was feeling very little pain when Fox Sports Mexico reporter Veronica Rodriguez decided to grab him for a quick interview only for him to reveal to the huge live TV audience that the two of them are dating.

“Uh, I think the big question is, on everyone’s lip is, have Finn Balor and Vero Rockstar [her social media handle] been actually dating for a long time?” Balor slurred. “Is that true?”

“Is that true? Yeah, for a long time actually,” Rodriguez answered trying in vain to keep it professional.

“So it doesn’t really matter who wins tonight in the Champions League, I think I’ve already won in life,” Balor responded before planting a big kiss on her head.

DANG IT, @RDubThree and @JaredSandler ... I would’ve watched the #UCLfinal had I known WWE Superstar Finn Balor was gonna go full Joe Namath!!!🍺🍺🍺🤪https://t.co/ncsjV9g63G

As did Fox Sports Mexico…

They do make a lovely couple, don’t they?