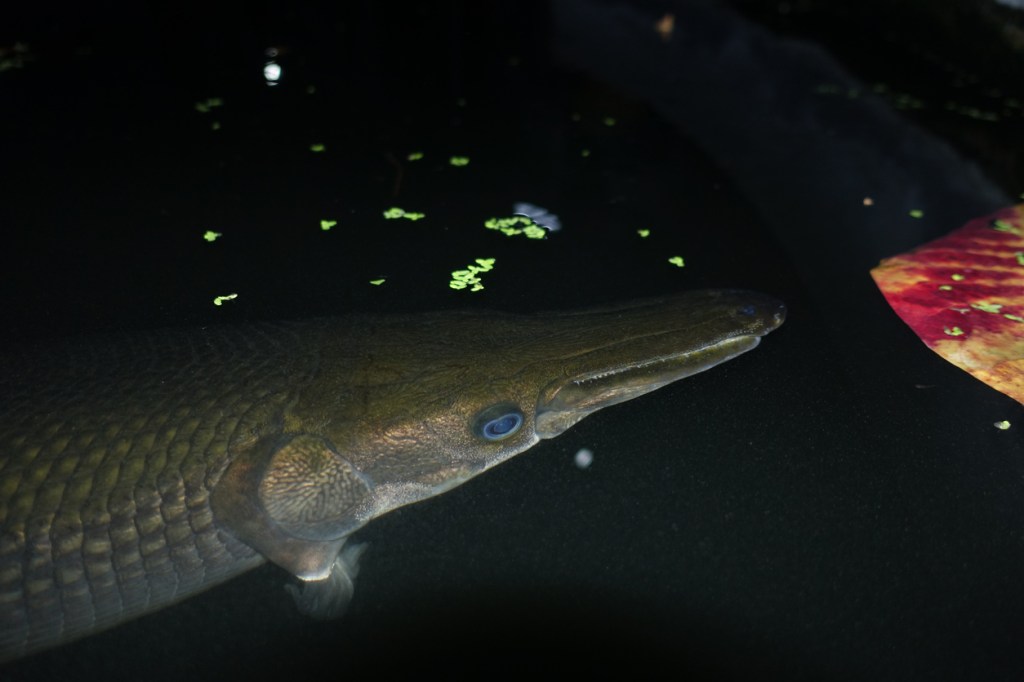 The Alligator Gar is considered a ‘living fossil’ as the fossil records of these fish date back 100 million years virtually unchanged. There are seven distinct species of gar on the planet (Alligator, Longnose, Spotted, Shortnose, Florida, Cuban, and Tropical) and three of them are found in Kansas, the Shortnose Gar, Longnose Gar, and Spotted Gar. Noticeably missing from that list is the Alligator Gar, until now.

In a press release, the Kansas Department of Wildlife & Parks confirmed this was the first Alligator Gar ever caught in the state and provided some insight into where it was landed. According to the press release, KDWP Fisheries biologists are now trying to figure out how this fish could’ve been caught in the Neosho River. They’re undertaking a series of tests on the specimen to learn more:

“We’re confident the information from the angler is accurate and the fish was, in fact, caught from the Neosho River,” said KDWP Fisheries biologist Connor Ossowski. “However, that doesn’t mean the fish originated from the river.”

“Because most populations of this species can be distinguished from one another with a sample of the fish’s fins, another option we’re considering is genetic identification,” said KDWP assistant director of Fisheries research, Jeff Koch. “This will tell us if the fish came from an existing population in another state.”

They are also looking into ‘microchemistry’ as a way to learn more about this fish:

Microchemistry is performed by measuring the elemental proportion of a bone on a given fish and comparing it to the elemental concentration of a surrounding water. If consistencies exist, the data may be able to help Fisheries biologists determine at least how long the fish had been in the Neosho River.

One hypothesis on how this 4.5-foot fish wound up in Kansas is that someone released it from an aquarium. Someone would need a large tank to hold a fish like this but it’s certainly possible. I’ve seen gar this big at aquariums before but never in someone’s home aquarium.

The IGFA all-tackle fishing world record for Alligator Gar is a 279 lb 0 oz fish caught in Rio Grande, Texas all the way back in December, 1951. Within the species, there are 22 line class world records that were caught on conventional tackle (rod + reel) and another 14 world records for fly fishing.

And what I find the most interesting about there being 30+ world record categories is the Alligator Gar is most commonly targeted by anglers using a bow in place of a rod. These ENORMOUS fish will float up near the surface and stay motionless so anglers will target them with a bow and arrow or crossbow.

Did I mention that these living fossils grow to enormous sizes? Here are some others recently caught around the country:

We won’t know the true origins of how this gar wound up in Kansas, if there are more, and how long it’s been there for a while but we’ll certainly learn more in the coming months as more tests are completed on the fish.