ESPN Considering Bringing In The Only Pundit Louder Than Stephen A. Smith As Max Kellerman’s ‘First Take’ Replacement 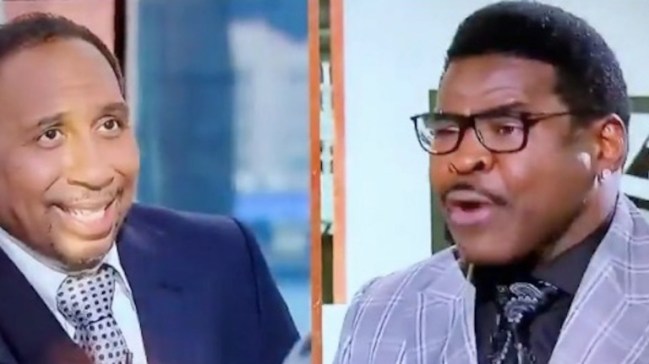 Back in college — this is about, I don’t know, 2012 or 2013ish — I actually used to look forward to First Take each day. I was living in a frat house at the time and usually, 10 a.m. — when First Take begins — is when I’d wake up. Stumble downstairs, grab some coffee and a bagel, head back to the room, fire up a bowl pack and watch Stephen A. and Skip Bayless yell at each other for two hours before getting my day started. Ahhh, the bliss of starting your days at Noon — the college life.

Needless to say, that’s all changed in recent years, as First Take and the other shows like it have simply become tiresome. Plus, I don’t nearly watch as much NFL these days as I used to, which is about 85% of what’s covered on First Take.

At the end of the day, though, I think what ultimately turned me off from the show is as I got older, I realized it’s not a sports talk show about sports, but rather, a sports talk show about talking. The performance is the entertainment, not the content. These guys aren’t journalists, they’re actors — Stephen A. Smith quite literally so, as he now makes appearances on soap operas and what not.

And because First Take is more about the act than the knowledge, it should come as no surprise that ESPN is reportedly looking at former Dallas Cowboys receiver Michael Irvin — arguably the only sports pundit who’s louder than Stephen A. Smith — as a potential new co-host.

The deal to bring Irvin aboard as a guest commentator is not finalized said sources. It’s expected to be limited to First Take. The NFL Network analyst is not expected to appear on ESPN’s “Sunday NFL Countdown” or other NFL-related programming. ESPN is eying NFL Mondays as a natural staging ground for Irvin vs. Smith on First Take.

“It’s going to be Stephen A. vs. the world,” said a source. [via Front Office Sports]

While I honestly didn’t think it was possible, it appears First Take is about to reach a whole new level of unwatchability.