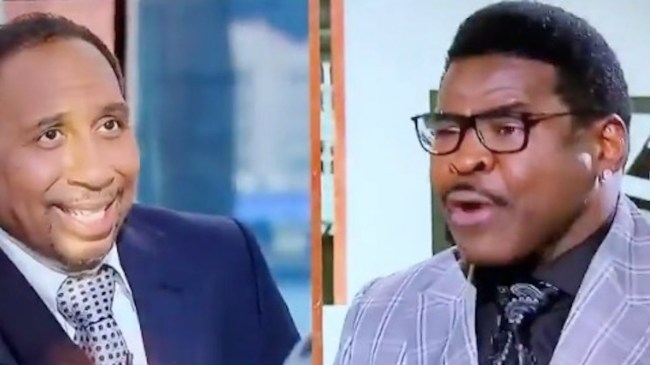 I’ve been watching First Take for a long, long time. Perhaps longer than I care to admit, as I remember when the show was actually called Cold Pizza and featured the chalkboard guy from Around The Horn.

And of all these years of watching First Take, it’s become clearer and clearer that it’s merely The Stephen A. Smith Show. All power to him, though, as he obviously knows what he’s doing and is now ESPN’s highest-paid employee.

What Smith understands is that First Take is an entertainment show first and a sports debate show second. What he’s saying is irrelevant, it’s all about how he says it. In fact, back when I was in college, my buddy Alex and I would rip the bong a few times just so we could further enjoy Stephen A’s First Take antics — that’s just how comically watchable the dude is.

But in all of my years of watching Stephen A. Smith on First Take, I literally have never seen him react the way he did on this morning’s episode with Michael Irvin.

Filling in for First Take co-host Max Kellerman, Pro Football Hall of Famer and ex-Dallas Cowboys wide receiver Michael Irvin brought his trademark firey energy to the show, once again proving that he’s the only person on television who does a better Stephen A. Smith impression than Stephen A. Smith himself.

I mean, just look at the shock and borderline fear hiding behind Stephen A’s wry smile, I’ve truly never seen him make a face like this in my decade-plus of watching First Take: 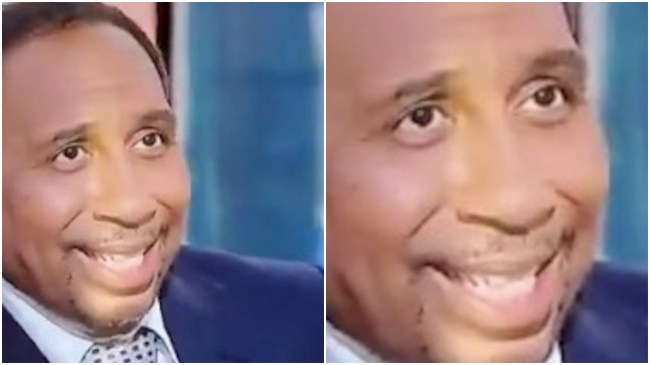 Shook, shocked, uneasy — you name it, Stephen A. looks like he was feeling it at this moment.

As for Michael Irvin, naturally, Twitter had their own ideas as to why he was so, uh, exceptionally gassed up so early on a Monday morning:

Michael Irvin coked outta his mind bro. I've never seen someone sweat thru a suit like that before lmao

Michael Irvin: Coked Up needs to be a weekly skit https://t.co/ceHNdpeqfO