Fishermen almost never divulge their secret fishing holes. It’s the way things are. I’ve been fishing for brook trout in the Adirondack Mountains in upstate New York every summer of my life and my cousins, my own flesh and blood, they won’t even tell me the locations of their best spots even though I’m fishing those ponds and streams for a week or two out of the entire damn year.

Saltwater anglers keep their GPS numbers as protected as their social security numbers, and freshwater anglers hide their honey holes at all costs. All of this is why I respect the ever living shit out of this Canadian dude who is taking a stand by filing a Freedom of Information claim to find out the location of a professional angler’s secret brook trout spot.

Pro fisherman Mike Borger uploaded a 40-minute YouTube video back in May of he and his son catching 5 to 6-pound brook trout somewhere within Canada’s Algonquin Park. Those are MASSIVE brook trout. Naturally, Borger wanted to keep his secret fishing hole a secret. One salty angler had something else in mind and filed the FOIA request. 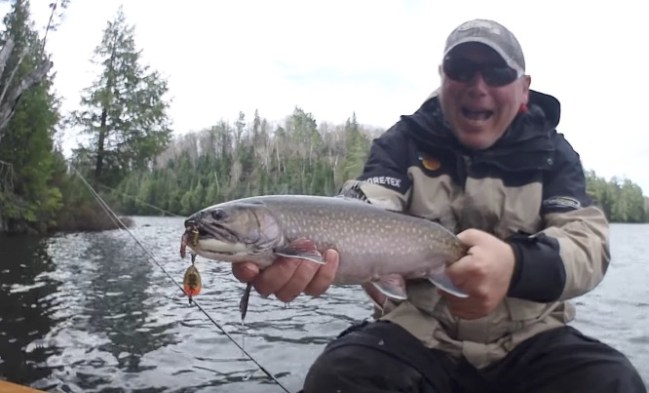 Borger received a 5-page letter from Canada’s Ministry of Natural Resources and Forestry detailing the Freedom of Information request. According to Field and Stream, there are over 2,400 lakes within Canada’s Algonquin Park and the salty angler who filed the request wants to know the exact location of the lake where Mike Borger was landing the trophy brook trout. 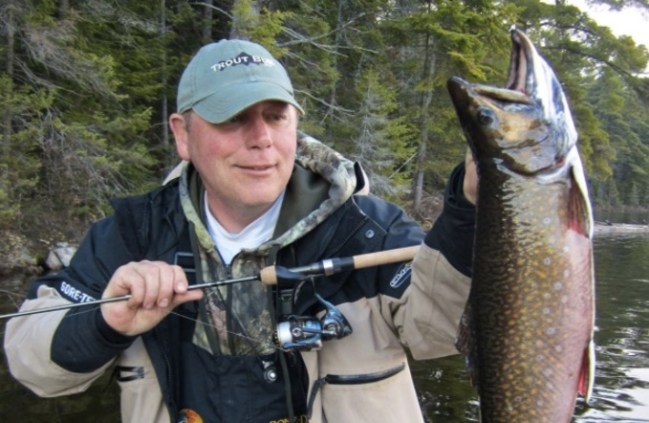 The request is seeking to determine a copy of Borger’s camping permits, that way the angler can determine which of the overnight camping spots were on lakes. Berger told the CBC that the salty fisherman who submitted the request is ‘incredibly smart’ for going about it in this manner, and ‘a little bit devious’. He said, “If somebody has a copy of my interior camping permit, which shows which lakes I camped on each night, they can clearly and easily figure out which lake I caught these trophy fish in.”

Borger camped on the lakes where he fished, and if someone can track down his camping permits they’ll also track down the secret fishing hole…Did it work? Not yet. As of now, Ministry of Natural Resources and Forestry has not honored the Freedom of Information request and released the list of his camping permits, but I have to respect this dude’s dedication and hustle to tracking down a secret fishing hole.

If you want to see the brook trout that were so fat and meaty they drove the anonymous man to submit a Freedom of Information request you can check out Mike Borger’s original video below: