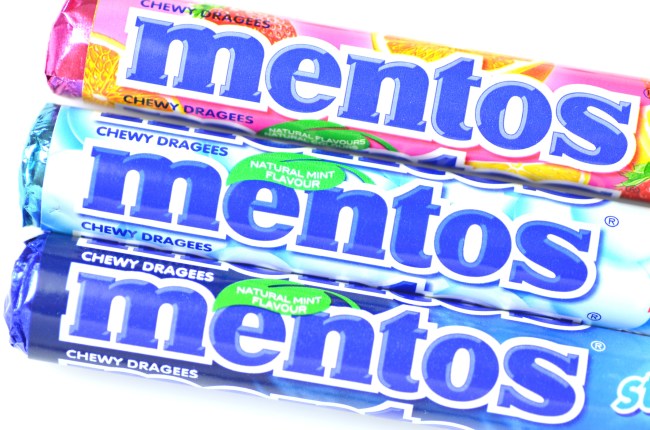 I haven’t thought about Mentos and Diet Coke for years. This was a thing back in the day but it got old pretty quickly, didn’t it?

Dropping Mentos into Diet Coke was a fun experiment ever since the first person realized that it creates a mini-explosion of soda. There were early YouTube videos of people choreographing multiple blasts to music, and others attempting to create the largest explosion possible.

Now, we’re living in the future. People are fishing with this violent combination. There have been several clips hit YouTube over the past month showing people dig holes, pour the coke in, and drop Mentos inside and boom, they’ve got catfish.

One of these clips (below) went viral on Reddit where someone popped into the comments to shed some scientific light on what’s happening here and how these people are able to use Diet Coke + Mentos to catch catfish.

What’s going on here exactly? To make a long story short, the reaction is rapidly sucking the oxygen out of the water and forcing the fish to the surface where the person can easily grab ahold of it. Here’s how commenter NoahRCarver breaks it down:

the science is actually awesome!
no clue what the egg does though….
anyway, coke is a solution of water, some stuff and carbon dioxide. the mentos makes it so the carbon dioxide cant stay in the coke solution (its actually the rough surface as the mint partially disolves that forms nucleation sites, according to one source) so, now, as co2 is coming out of solution, all the O2 in solution wants to stick to it.
so, now theres no air in solution for fish gills to breathe. so they start to drown!

For anyone thinking this is inhumane or a lame way to catch fish I’d question how it’s any different than ripping a fish up by its lip using a razor sharp hook and letting it suffocate the cooler, or grabbing one by hand (noodling) and tossing it on the river bed. Aside from all the mud, this seems like an incredibly efficient way to catch these weird ass catfish.

There are A LOT more of these videos over on YouTube. Just plug in ‘Fishing + Diet Coke + Mentos’ into the search bar and you’ll see what I’m talking about.