Georgia Elections Official Says Delay In Vote Counting Because Of ‘World’s Largest Cocktail Party,’ And That Adds Up 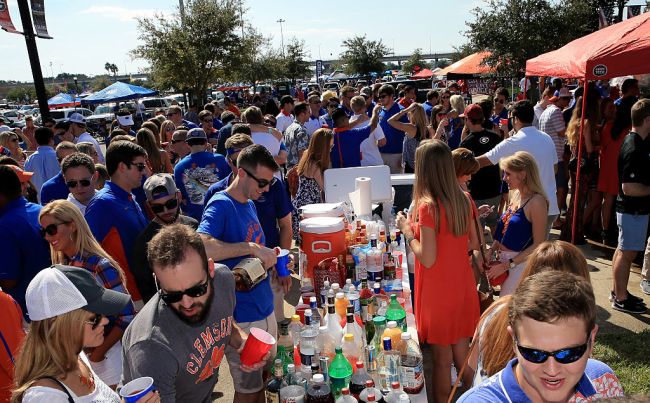 If you didn’t grow up in the south or go to school in the Southeastern Conference, you might not know the importance of Saturdays in the Fall. When SEC football kicks into gear come late August/early September, plans are put on hold, weddings are frowned upon and the weekend centers around what time your team plays. More than just a game, college football brings a sense of community, culture and in a sense, religion. But that’s a conversation we can have on a deeper level another day. Right now, it’s about the University of Georgia Bulldogs and their upcoming matchup with the Florida Gators.

The border-state rivalry is one of the most hostile and important rivalries for both teams, and it results in a massive tailgate that is known as ‘The Worlds Largest Cocktail Party.’ Of course, this year’s tailgate won’t be nearly as prominent due to COVID-19 but the game holds just as much, if not more, importance.

With the presidential election looming large, the eyes of the nation are on the state of Georgia for reasons beyond football. It is one of the few remaining states that will carry the weight of the final result and is still awaiting a complete count of the votes. Per the latest Georgia election official update, the count is moving a little bit slow because of the big game tomorrow.

This Georgia elections official on finishing counting ballots: "Our hope would be today but could slip into tomorrow. Everybody's exhausted, it's Friday, there's a Georgia game tomorrow, it's a really big one. We have to focus on the important things sometimes." pic.twitter.com/TqzNUPDT44

I’m not here to say whether it’s right or wrong, but honestly, the math adds up. It’s late on a Friday, the vote counters are on the tail-end of a long couple of days, and the Bulldogs play those pesky Gators tomorrow in a game that could define the SEC East. I wouldn’t want to be reading ballots either. But that’s why I didn’t sign up to count votes.