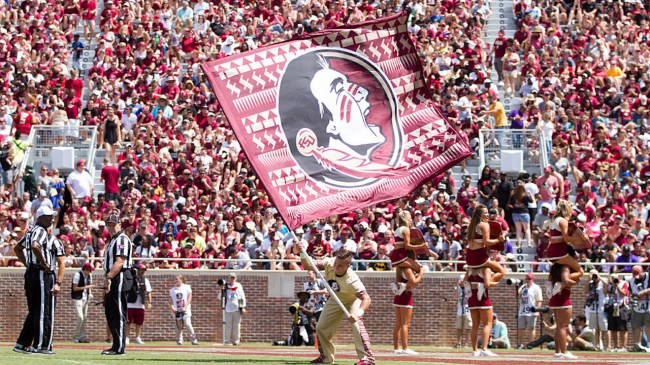 Back in late-April, the NCAA made a huge announcement stating that its Board of Governors supported rule changes to allow student-athletes to receive compensation for “third-party endorsements both related to and separate from athletics.” This was a step in the right direction for student-athletes to finally get paid for their name, image, and likeness.

While the announcement in April was positive news, the question of when this new rule may put in place was still very much up in the air. The state of Florida, however, is ready to get the show on the road and has seemingly taken things into its own hands.

Florida Gov. Ron DeSantis signed a bill on Friday afternoon allowing college athletes in the state to start making money from endorsements starting in the Summer of 2021.

“This whole issue of student-athletes and being able to receive compensations for their likeness or image is something that’s been bubbling to the surface in the last couple years,” DeSantis said during a press conference at the University of Miami’s indoor football practice facility Friday afternoon, per ESPN. “I viewed it as something that was a matter of fairness.”

It’s worth noting that California and Colorado have passed similar laws fairly recently, but they’re not scheduled to go into effect until January 1 of 2023.

Florida is flexing its muscles both at the NCAA and the 49 others states as it clearly wants to see its student-athletes make some scratch as universities pocket millions based on athletes’ names, image, and likeness.

Florida’s new law does explicitly state that colleges and universities are not allowed to pay athletes directly.