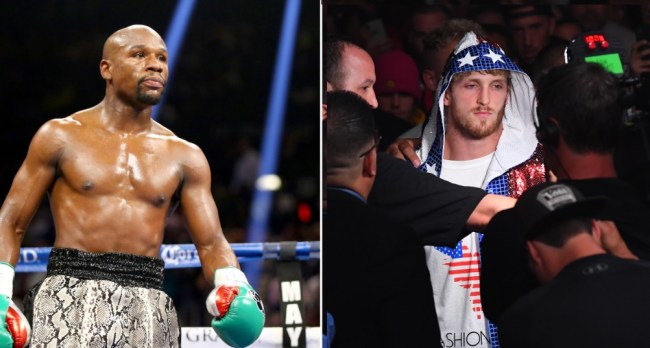 Floyd Mayweather is getting into the celebrity boxing business after seeing Jake Paul’s recent success.

On Wednesday night, The Athletic’s Mike Coppinger reported that the Mayweather-Logan Paul exhibition, which was previously postponed, has been rescheduled for June 5th and will air on Showtime PPV.

The initial exhibition was going to be hosted by online platform Fanmio on Feb. 20, but was postponed.

The fight will take place in Las Vegas, LA, Miami, Dallas or Atlanta.