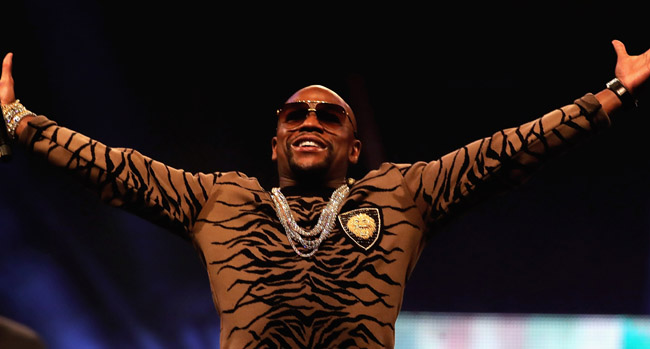 It may be just a random coincidence, but a day after the news broke that Manny Pacquiao bought Didddy’s $12 million Beverly Hills mansion, the Mayweather Promotions YouTube account released this flaunting footage of Floyd Mayweather’s extravagant fleet of supercars.

Floyd’s personal chauffeur Bruce “The Driver” gave a tour of Mayweather’s ridiculous car collection that has “over two, three dozen cars.” In one garage alone they had Bugatti Veyron Grand Sport convertible worth $1.9 million, two Bugatti 16.4 Veyrons worth $1.3 million and a 2003 Ferrari Enzo with a price tag of $3 million. That’s just in one fucking garage.

Call me crazy, but you’d think the richest athlete in the world with a net worth of $280 million would be able to afford $25,000 to add a garage so they wouldn’t have to park four supercars in a three-car garage.