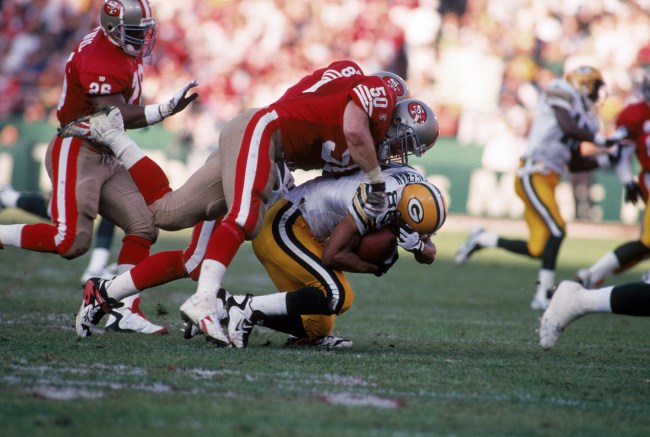 Gary Plummer had an effective 12-season career in the NFL, retiring in 1998 with 1,029 tackles, 4.5 sacks, six interceptions, and a Super Bowl XXIX ring with the San Francisco 49ers.

Following retirement, the now 58-year-old briefly held a color analyst gig for 49ers game broadcasts but was fired after relentlessly criticizing the team and openly talking about controversial subjects. The straw that broke the camels back was when he appeared on a podcast and talked about his own open marriage, how best to give oral sex, and how the 49ers’ staff used to line up women for the players. He also told a story about a player engaging in sex acts with a fan near a team bus while family members were on board.

If something’s on Plummer’s mind, it’s safe to say that we’re going to hear about it.

Most recently, during an appearance on The 49ers Insiders Podcast, the former linebacker claimed that if he included Grade 1 concussions, he’s suffered 2,500 concussions in his career.

“After Junior, my wife said, ‘Dude, you got to do something; I don’t want you to be the next Junior Seau.’…

Plummer’s comments come just a day after Brett Favre said he’s “very fearful of what the future will bring” in light of the daunting revelations made about the long-term damage concussions have a person. The Packer great added: “Tomorrow I may not remember who I am, I may not know where I live, and that’s the frightening thing for us football players.”