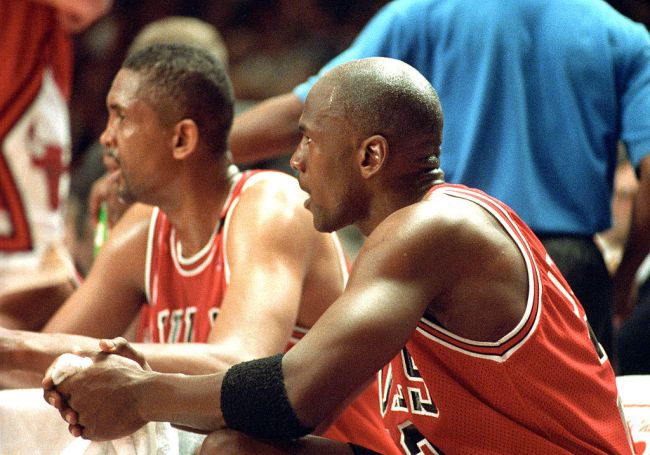 If there is any one thing that the world has always been told about Michael Jordan, it is that he was the ultimate competitor. Jordan was always working to win and never missed an opportunity to make himself a better basketball player.

It turns out that may not be true. Michael Jordan may have been neglecting one of the easiest things he could have done to truly perform at his peak.

Jordan’s Chicago Bulls teammate, BJ Armstrong, was speaking with Rex Chapman when he revealed that MJ had terrible sleep habits.

BJ Armstrong on Michael Jordan: "If he would have slept, we don't how good he really would have been. We didn't see the best of Michael Jordan because he didn't sleep for 14 years literally". pic.twitter.com/zK0a8cefWU

It’s not the first time we’ve heard something like this about the GOAT. Charles Barkley and Magic Johnson have both talked about playing poker all night long with Jordan before he would take a nap and be ready to play basketball the next day.

It is truly incredible to think about just what Michael Jordan was able to accomplish while neglecting something so important. Today’s best athletes have strict diet and exercise regimens, access to way better medical technology than MJ did, and aren’t afraid to make sure they’re rested throughout the NBA season.

Meanwhile, MJ was up all night gambling and taking power naps before arguably accomplishing more than any other player in NBA history.

The New York Giants’ wide receivers got on a boat with Trey Songz a week before a playoff game once, lost the playoff game, and were obliterated by the media. JR Smith was hanging out at a club with Rihanna before a Knicks playoff game once and got roasted for it.

It seems that was everyday life for Jordan and then he’d go out and keep collecting wins. Just imagine what the man could’ve done to the league if he ever got a solid 8 hours.