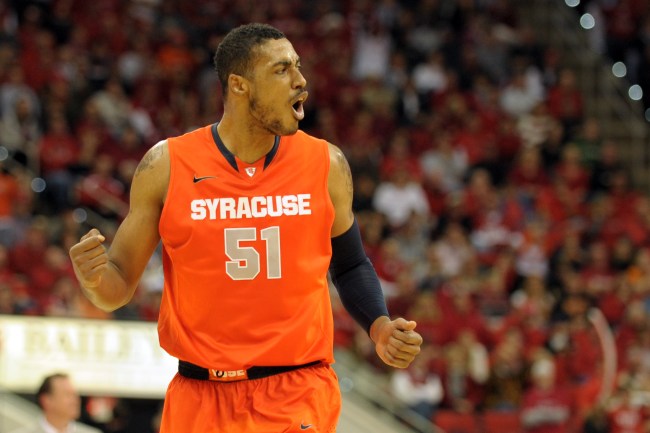 A sad day for Syracuse fans and basketball fans in general, as former NBA center and Syracuse star has passed away at the age of 26.

The former Big East Defensive Player of the Year was found dead at his family’s home in Brazil. He reportedly went to sleep at the house Friday night and did not wake up Saturday morning. The cause of death is not yet known, according to Yahoo Sports.

The 7-foot Melo was selected by the Celtics with the 22nd overall pick in the the 2012 Draft. He spent one year with the C’s, then bouncing around to the Grizzlies and the Mavericks before signing with a Brazilian team, Club Athletico Club Paulistano in 2014.

Jim Boeheim, Melo’s coach at ‘Cuse, confirmed the news on his Twitter.

I'm very sorry to hear about the passing of Fab Melo. He was a kind, genuine person who was committed to doing his best while he was at …

Syracuse. Our staff and his teammates were fortunate to have had the opportunity to know Fab. Our thoughts and prayers are with his family."