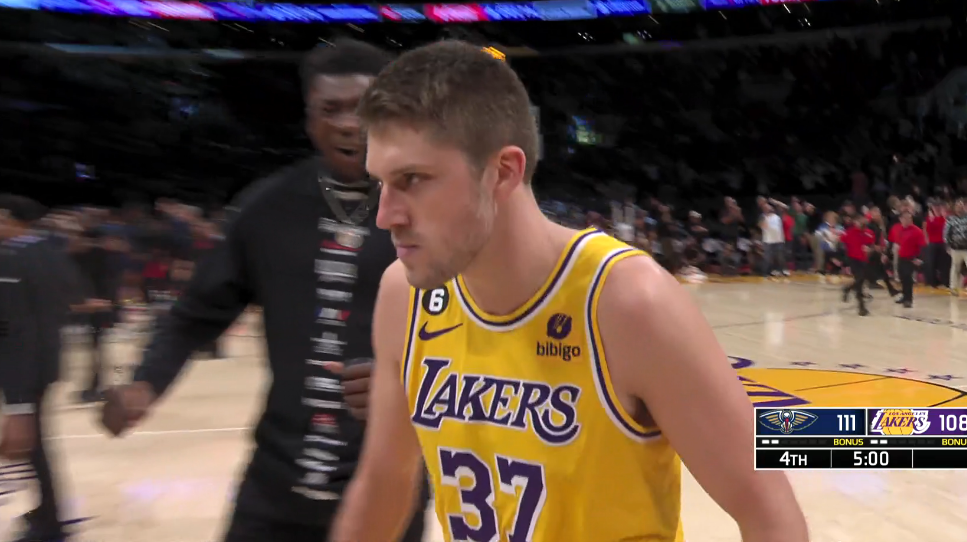 Over a year ago, Matt Ryan was driving for DoorDash, and now he’s clutch threes in NBA games.

Last year, Ryan detailed his journey from Doordash driver to the NBA.

So Ryan turned to delivering food around his hometown through DoorDash. That was life for the 25-year-old: Long before he was with the Celtics on a two-way contract, he was just trying to keep his basketball career afloat.

🎥: @ASherrodblakely asked Matt Ryan about how it feels to see his hard work starting to pay off.

He got choked up a bit while reflecting on the fact that a year ago he was driving for Door Dash and know he’s on a Celtics roster pic.twitter.com/GBRk9ya2rQ

In the offseason the Lakers signed Ryan to help with their shooting and he delivered on Tuesday night.

Late in the Pelicans-Lakers game, Ryan hit an incredible game-tying 3-pointer that forced the game to overtime and helped lead the Lakers to a much-needed win.