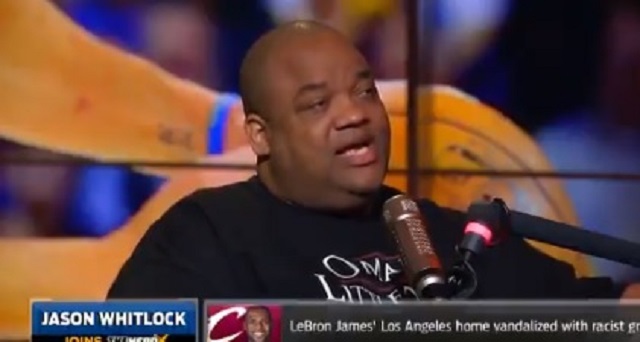 Former FS1 host Jason Whitlock is trending again for all the wrong reasons.

On Friday night, Whitlock decided it was a good idea to question whether Vanderbilt had a kicker from men’s soccer team instead of using Sarah Fuller who plays for the women’s team to fill in for the special teams unit that was taken out due to Covid-19.

Things I'm not supposed to ask. Does Vanderbilt have a men's soccer team? Were any of the guys on the men's soccer team considered to kick for the football team? Did Vandy choose the best candidate or the most publicity?

People immediately pointed out to Whitlock that Vanderbilt doesn’t have a men’s soccer team.

Why aren’t you supposed to ask a question? Actually, https://t.co/jBydiQtGZu is a free search engine and it’s specifically built for these kinds of queries.

A simple google search could have answered this one. No need to question a woman’s ability to kick on a men’s football team because of “publicity.”

No one questions a man’s ability to be on a cheer team based on “publicity.”

The world is changing. Get over it. https://t.co/R5hwHsMPfY

Took me three seconds to find out via a Google search that Vanderbilt discontinued men’s soccer in 2006.

Despite having his question answered, Whitlock continued arguing that he believed Fuller kicking for Vandy was a publicity stunt.

I know. I'm the only person in the world who asked this question. Now that I know Vandy doesn't have men's soccer, I won't dump on this publicity stunt. https://t.co/s6kptROTcC

Twitter is so comical, so rigged. This whole Vanderbilt lynch mob is about making sure no one asks Vandy about this obvious publicity stunt.