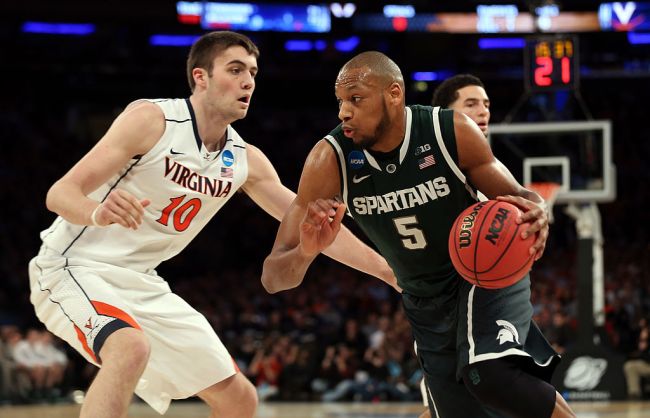 Confirmed the former MSU star big man has died. He was 31. https://t.co/a9SkZvicHH

Payne had a memorable as the star of the Spartans basketball program. The team appeared in the NcAA Tournament in each of his college seasons. In his final 3 seasons, Michigan State made it to at least the Sweet Sixteen in each season.

Payne saw his numbers steadily improve throughout his college career until he eventually averaged 16.4 points and 7.3 rebounds per game as a senior. Payne was named to the All-Big Ten team twice in his college career, but will perhaps be better remembered for his friendship with Lacey Holsworth, a young girl who was dying from cancer.

Payne’s standout senior season and the incredible character shown in that friendship ensured that he would be a 1st round pick. The Atlanta Hawks made Payne the 15th pick in the 2014 NBA Draft and he would spend the first year and a half of his career with the Hawks. He was then traded to the Minnesota Timberwolves in 2015 and played for them for the next 2 and a half seasons.

Payne finished out his NBA career with one year in Orlando.He would continue his basketball career overseas and was still on a roster in Lithuania as recently as February.

There has yet to be any more information about this tragic loss for the basketball world.