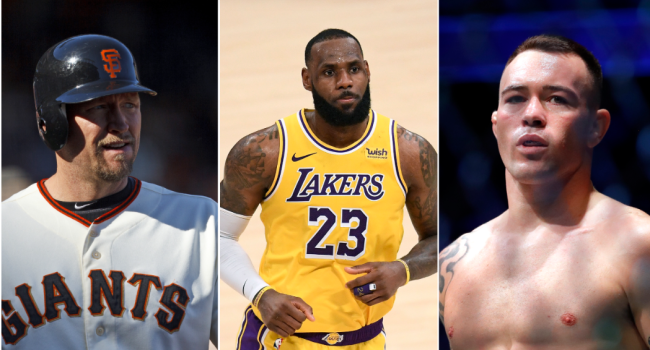 LeBron’s tweet featured a picture of Columbus police officer Nicholas Reardon who shot Bryant for holding a knife during a physical confrontation with another teen. The tweet read “YOU’RE NEXT #ACCOUNTABILITY” and included an hourglass emoji before he decided to take it down because he felt it was used to “create more hate.”

LeBron immediately faced backlash from not only politicians like Ted Cruz and Tom Cotton over the tweet but also got called out by athletes including former MLB player Aubrey Huff and UFC fighter Colby Covington who felt the shooting was justified and that the NBA superstar was putting the officer’s life in danger.

Hey @KingJames go fuck yourself for doxing a police officer for just doing his job.

I’d bet if that was your son about to get stabbed you’d be singing a different tune you piece of shit!

You’re a huge reason the @NBA is down 80% in viewership within the last year. 🖕🏼

Today is the day when @KingJames legacy will be irrelevant to most all Americans.

May want to move to China fuck stick!

Painting targets on the backs of innocent officers is so brave and courageous @KingJames! You’re a real hero… to the people’s republic of China 🇨🇳