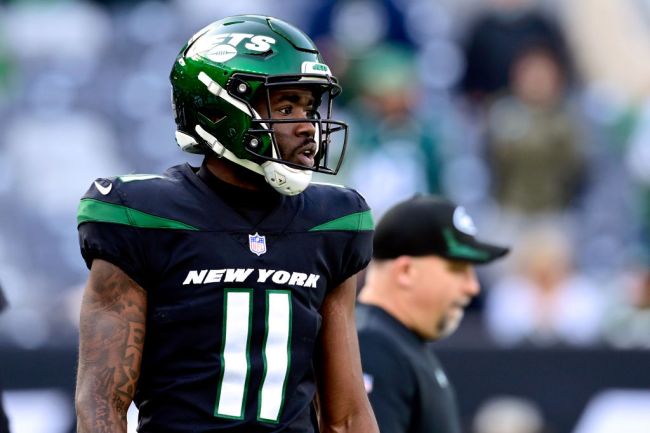 The New York Jets have invested heavily in the wide receiver position over the past few years.

In 2020 they spent a 2nd round pick on Denzel Mims. A year later, the Jets used another 2nd round pick on Elijah Moore and brought in Corey Davis through free agency. In April, they made Garrett Wilson the 10th overall pick in this year’s draft.

All of these moves have made for a very crowded wide receiver room in East Rutherford and now one of the receivers has decided he wants to play somewhere that he’d have more opportunities.

Denzel has tried in good faith, but it’s clear he does not have a future with the Jets. Denzel vowed to come back better than ever this season, and he worked extremely hard in the offseason to make that happen. Still, he has been given no opportunities to work with the starting offense to get into a groove with them. We feel at this point a trade is our only option since the Jets have repeatedly told us they will not release him. Joe Douglas has always done right by Denzel, and we trust that he will do everything in his power to find him another team where Denzel can be a contributor.

Mims came into the NFL with plenty of hype after posting 1020 yards and 12 touchdowns during his senior season at Baylor. Unfortunately, he was never quite able to live up to that hype, only making 31 catches for 490 scoreless yards over his two seasons with the Jets.

Mims was never able to work his way into the Jets’ starting lineup, but will likely get a chance to live up to his potential with another team.