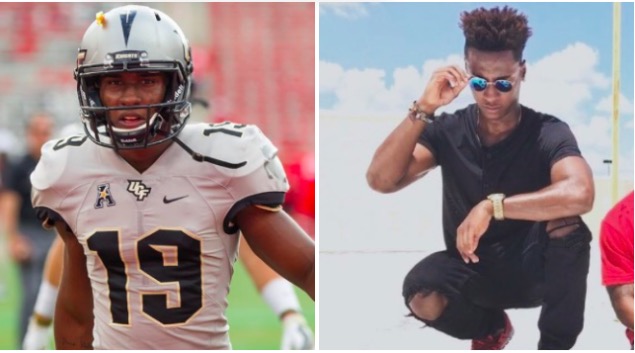 Back in June, De La Haye posted a video claiming that the school informed him he would be in violation of NCAA bylaws if he made any money off of his Youtube channel which currently has nearly 90,000 subscribers and has garnered several million of clicks. NCAA rules prohibit  athletes from receiving revenue off anything that features their status as college athletes because it essentially shifts them from amateurs to professionals.

When De La Haye declined to move his sports-related videos to a non-monetized account, UCF swiftly took away his eligibility.

De La Haye blasted UCF coach Scott Frost for not having his player’s back when the NCAA came knocking. Via Orlando Sentinel:

“I walked into his office and I swear no lie, 16 coaches are in there,” De La Haye said in a video recounting his meeting with Frost and the football staff. “Every single coach from the coaching staff were in there … and my chair was singled out in front of my coach’s desk. . .. He’s like, yeah, ‘Do you understand how many problems you are causing for this university right now. How many people’s jobs you’re putting in jeopardy. So basically he sat me in his office and grilled me that whole time. So right off for real, I get no support from my head coaches in this whole process that I’m going through. I feel like it’s me against the NCAA and me against my coaches.”

In response to his scholarship being revoked, the former kicker started a GoFundMe Page

with the goal of raising $30,000 so that he could continue to pursue a marketing degree in the absence of his scholarship money. At the time of me writing this, De La Haye has raised just over $12,000.

He also released an NCAA diss track that also skewers his college’s football program, and raps about the money he’s made from the channel shortly after creating a GoFundMe to raise money. Oh, the irony.