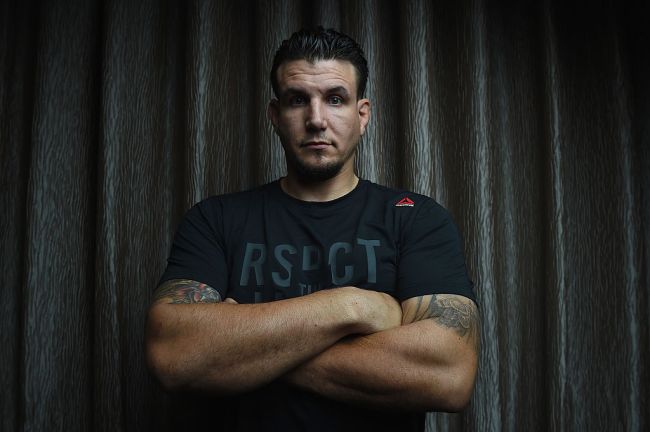 On Saturday, November 27, fighters will compete in a triangular ring with a unique set of rules that will “level the playing field” between boxers and MMA fighters.

So we’re going to show you what #TriadCombat feels like 🔺

Triad Combat’s rules specify that fighters can only punch and not throw kicks/elbows or execute takedowns, but unlike boxing clinching and striking from the clinch is allowed.

All punches from all positions and angles which land on legal targets (as defined below) are allowed in Triad Combat. This includes but is not limited to: jabs, crosses, hooks, straights, uppercuts, bolo punches, back fists, and hammer fists.

All spinning punches which land on legal targets are allowed.

We spoke to Frank Mir before his upcoming Triad Combat fight against boxer Kubrat Pulev, and he explains why he believes MMA fighters have an edge within Triad Combat’s ruleset.

“Boxers are very good at a very specific set of skills which is handfighting, footwork, and fighting with punches, the minute you add in other things it completely destroys what they’re able to do, it’s equivalent to…the days of boxers taking on kickboxers in kickboxing matches were very shortlived and I have a kind of feeling that this will only be it’s own level of competition and I think that the high level boxers, once what they see what happens on Saturday will run from it as much as they run from MMA.”

Mir has already seen that boxers are having issues with Triad Combat’s clinching rules during his recent training sessions.

“Up until about a week ago I’ve only trained with other MMA fighters because boxers don’t know how to wrestle within the clinch their muscles and aren’t used to that kind of push, pull endurance, the last week I brought in professional boxers and sure enough the clinch completely fatigued them, so if I had been training with them the whole time I would have probably dropped a level as far as my grappling, I just waited to be sharp and see what their reactions are. This is going to be nothing like a boxing match except for the first second where it starts but once we lock up, it’s back to what I do.”

Plan ahead for #FightNight🍿

Witness battles inside the #TriadCombat. Then Immediately following, rock🤘 out to a FULL LIVE @Metallica performance.

Scan the platforms where #FITE is available, follow the easy steps and tune in.