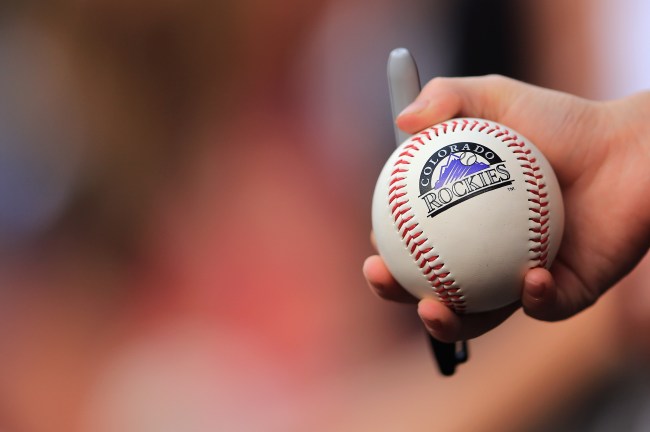 On Friday, retired Yankees catcher Erik Kratz made a couple of accusations that could rock the baseball world.

During an appearance YES Network’s “YES’ Curtain Call’ podcast, Kratz revealed that had caught two teams stealing signs and relaying them back to the batter similar to the Astros’ scandal. According to Kratz, one of the teams he believes was stealing signs “had been to the World Series, often, recently.”

The other team was the Colorado Rockies who he says used a sign-signaling system that involved a TV, a massage gun, and their metal bench in 2018.

“I can tell you that a team that has been to the World Series, often, recently, we caught them doing something almost similar (to the Astros)”

“And I can also tell you because I don’t care, I don’t really know anybody over there, the Colorado Rockies were doing the exact same thing in 2018, and we caught them, and we played them in the playoffs. Know how many runs they scored in a three-game playoff series in 2018? Not many people watched the NLDS. They scored two runs in the ninth inning of Game 2. They used to take a Theragun and bang it on their metal bench. And they were doing the exact same thing, from the TV. So, there you go. If you think no one else was doing it, you are wrong. The difference is, the Astros may have taken it a little too far. Maybe a little bit too far. Maybe continued to do it. Or maybe it’s just the fact that they won the World Series.”

Many believe Kratz was outing the Dodgers as the unnamed team he was referring to.

Erik Kratz just said he knows for sure that a team that’s been to the World Series “a lot recently” stole signs & used a system similar to the Astros.

The Astros are the only AL team with multiple WS appearances in the last 5 years. So, in other words, the Dodgers cheated. https://t.co/y2a1XArLIx

"I can tell you that a team that has been to the World Series often, recently… we caught them doing something almost similar (to the Astros)."

It’s obvious that team is the #Dodgers, but why be vague about it? Electronic sign stealing is prevalent throughout baseball. https://t.co/71BhYdI3Cp

Slap an asterisk on those #Dodgers https://t.co/Wl7X3CNfCF

“A team that has been to the World Series, often, recently.” Last 5 WS matchups 2020 Dodgers-Rays 2019 Nationals-Astros 2018 Dodgers- Red Sox 2017 Dodgers- Astros 2016 Cubs-Indians. I think only 1 of those teams can be classified as “often” that hasn’t already been called out. https://t.co/2XPWTstVdD

MLB fans are currently going back to dissect the 2018 NLDS to see if there’s any evidence the Rockies were cheating as Kratz claims.

rewatching 2018 rockies games was not on my Friday night to-do list but here we go https://t.co/XTTum5BRBP