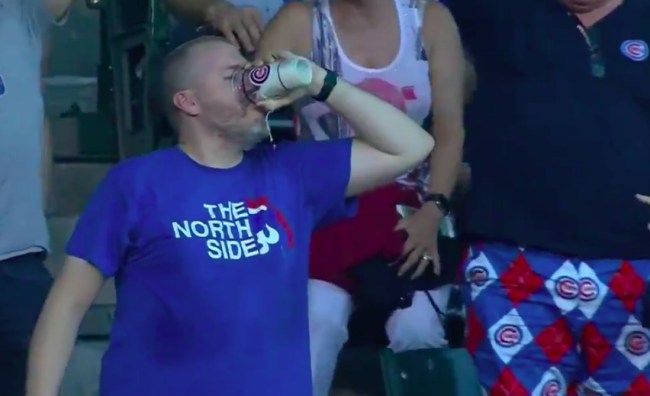 When you decide to watch a professional baseball game in person, you’re agreeing to follow a few rules— both written and unwritten.

For example, if you read the fine print that comes along with your ticket, you’ll be treated to some cheery reminders, like the fact that you need to make sure you stay aware of your surroundings at all times if you want to avoid having you or a member of your family being killed by a flying object.

In recent years, ballparks have started to take more and more steps to protect fans from baseballs traveling at high rates of speed.

Thankfully, no one has gone full Japan and encased the entire ballpark with netting, which means we’re still consistently treated to plenty of cool clips of fans celebrating after getting their hands on a ball that made its way into the stands— like this one of a woman chugging her beer after catching a foul ball in her cup.

Beer — and baseball — served to your seat at @Padres games 🍺⚾️ pic.twitter.com/zCh3HjeUyD

As mentioned above, baseball has plenty of unwritten rules, and one of them is to do exactly what she did when you find yourself in that situation.

However, when you consider all of the factors involved, you wouldn’t think it would happen that often.

Thankfully, the baseball gods shined their light upon us yet again at a Chicago Cubs game on Monday night, where another guy managed to use his drinking vessel to snag a souvenir.

After taking into consideration the speed, the amount of spillage, and the sheer Chicagoness of the situation, I’d give this foul ball beer chug a solid 7.8 on a scale of ten (the algorithm for these scores is currently patent pending).

However, if you only paid attention to the guy chugging the beer, you’re missing out on the true MVP of the video: these shorts. 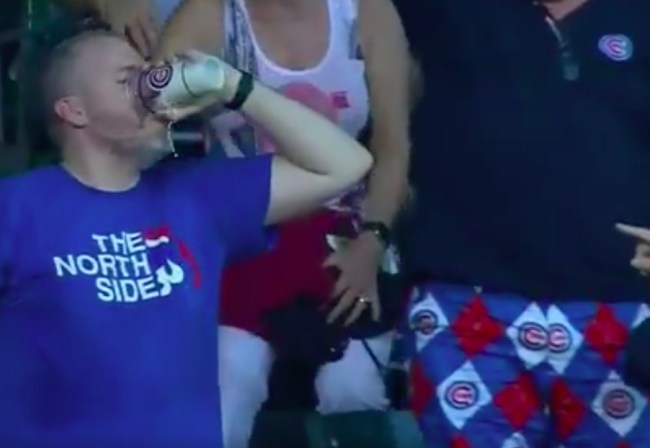 I’m surprised they let that guy bring fire through the front gate.