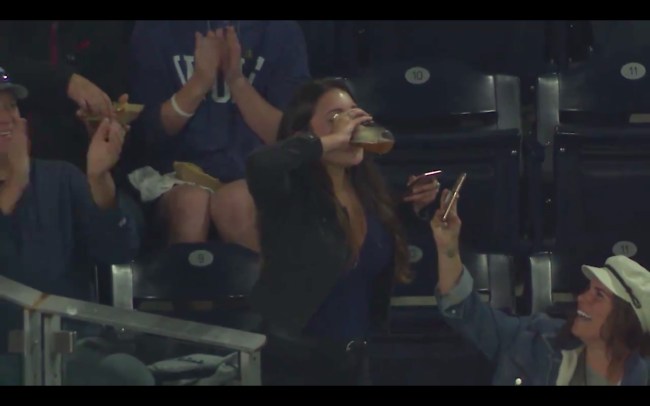 There isn’t a sport out there that has more unwritten rules than baseball, where running too slowly after a home run can result in someone throwing a hard object at you at 90 MPH out of principle. However, it isn’t just players who are expected to adhere to an unspoken code of conduct.

If you’re a fan at a baseball game, there are some things you just shouldn’t do, like wear an opposing team’s jersey in the cheap seats or bring a baseball glove with you through the gates unless you’re accompanied by a child (like Chuck E. Cheese’s without all of the horrifying animatronic animals).

However, as far as I’m concerned, there isn’t a single unwritten rule that’s better than the one that comes with achieving one of the rarest feats out there: catching a foul ball in a cup of beer. A number of people have managed to do this over the years and society has decided there’s only one appropriate way to react to having a dirt-covered ball land in your beverage: chugging the entire thing.

A fan at a San Diego Padres recently game managed to unlock this life achievement I’m glad to report she fulfilled her civic duty.

Beer — and baseball — served to your seat at @Padres games 🍺⚾️ pic.twitter.com/zCh3HjeUyD

Shoutout to her for leaving someone hanging so she could finish her beer like a champ. I’m not sure how she measures up to the guy who found Jason Day’s ball in his cup after a shot ricocheted off of a tree but this was surely a valiant effort.