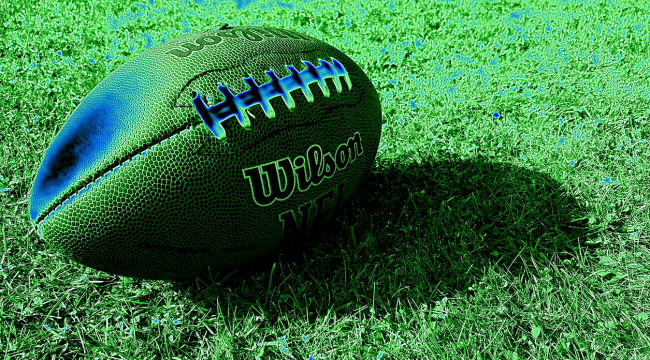 Remember FoxTrax? The glowing puck that Fox used from 1996 to 1998 on its NHL broadcasts to help viewers identify where the puck was on the ice? Yeah, well, now that Fox is dumping $150 million into the second coming of the USFL, they are going to try something similar with a “glowing” football.

During game telecasts, viewers often can’t see the ball under the pile of bodies at the goal line, noted Johnston during a Monday appearance on Fox News. An illuminated ball could help.

“That’s something we’re hoping to have this season,” Johnston said.

So far, reactions by football fans to this news have been widely varied.

If the tech works, their will be less goal line reviews.

Used to have the glow in the dark nerf football.

This “glowing” football idea is just one of several innovations the USFL will be trying when their season kicks off on April 16th.

There will also be a unique “fourth-and-tweleve” rule the could replace the onside kick.

Plus, instead of using chains on the sidelines to determine first downs like they do in the NFL, the USFL will be using a chip in the football to determine where it should be spotted.

All of this, however, is assuming that the USFL 2.0 doesn’t end up going belly up thanks to a lawsuit filed by former owners and executives of the original USFL.

Some news: The lawsuit challenging @USFL’s right to use the league and team intellectual property won’t even get into court on its preliminary injunction motion until April 18, two days after the league kicks off, according to the current case schedule.