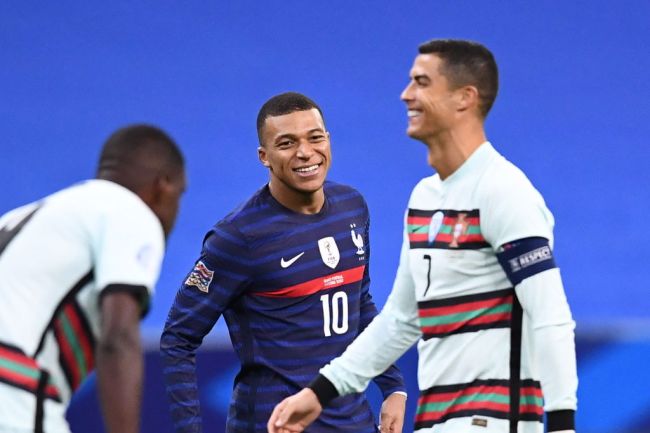 After winning his fourth NBA Championship, and his first with the Los Angeles Lakers, basketball fans, pundits, and players around the world have been deservedly heaping praise on LeBron James for his virtually unprecedented run of dominance. Even during his 17th season at age 35, LeBron isn’t showing any signs of slowing down, as he averaged 25 points, eight rebounds, and 10 assists per game this season.

LeBron James isn’t the only generational athlete still accomplishing staggering feats despite his increasing age, as Portugal’s Cristiano Ronaldo, who is also 35-years-old, remains atop of the game in a similar fashion: last season, Ronaldo broke Juventus’ all-time record for most goals scored in a single campaign, scoring 37 goals in all competitions. Juventus, by the way, is Italy’s most successful club. Despite the fact that Ronaldo’s style of play has certainly evolved over the years, his mastery of the game and raw athleticism has not. He’s still dunking on people, most a full decade younger than he is.

Even to this day, nearly 20 years into his professional career, Ronaldo’s greatness retains such an aura that even members of the World Cup-winning French national team can’t help but act like massive fanboys around the Portuguese legend, hilariously and fittingly evidenced by the fact that they all posted a picture of themselves up against Ronaldo following their international match over the weekend.

They’re all so gassed 😭 pic.twitter.com/vN8BCHn0K9

Furthering the comparison to LeBron, Ronaldo recently said that the 2022 World Cup would be his last. With Euro 2024 just two years later, it’s very likely we see the iconic goalscorer play into his 40s.