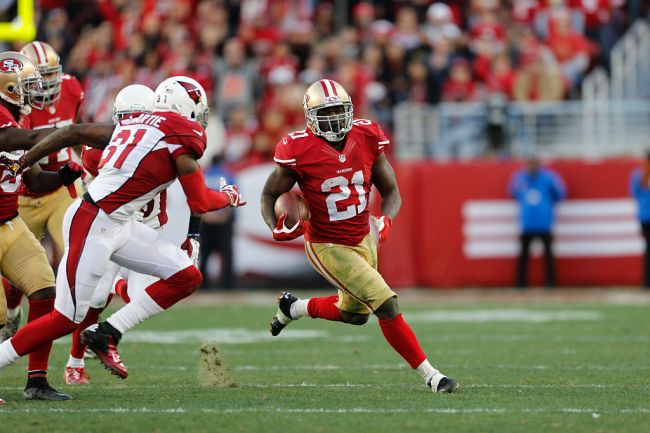 Frank Gore is finally ready to see his NFL career come to an end. There were times it seemed like this day would never come as Gore continued to produce in each stop he made in the league, but today he is expected to sign a ceremonial 1-day contract to retire as a member of the San Francisco 49ers.

The 49ers drafted Gore in the 3rd round back in 2005 and it didn’t take him long to make an impact for the team. In just his second year in the league, he racked up 1695 rushing yards and 8 rushing touchdowns while adding another 485 yards and a touchdown receiving.

Over the course of his 10 seasons with the 49ers, Gore amassed 11073 yards and 64 touchdowns before bouncing around the league a bit to finish his NFL career.

Gore played 3 years in Indianapolis before making his way around the AFC East. He made year-long stops with the Miami Dolphins, Buffalo Bills, and New York Jets.

Gore retires with plenty of accolades backing up the idea that he should pretty quickly find himself in the Hall of Fame. He finished his career with the 3rd most rushing yards in NFL history at exactly 16000 yards. He made 5 Pro Bowls in his career and was selected for the the NFL’s 2010s All-Decade team.

Gore also holds NFL records for most consecutive season with 500 rushing yards, hitting that number in every season of his career. He has also played the most games ever by a running back.

Gore has already moved on to his next athletic endeavor, boxing against Deron Williams in an exhibition match in December before scoring a knockout in his professional debut in May.