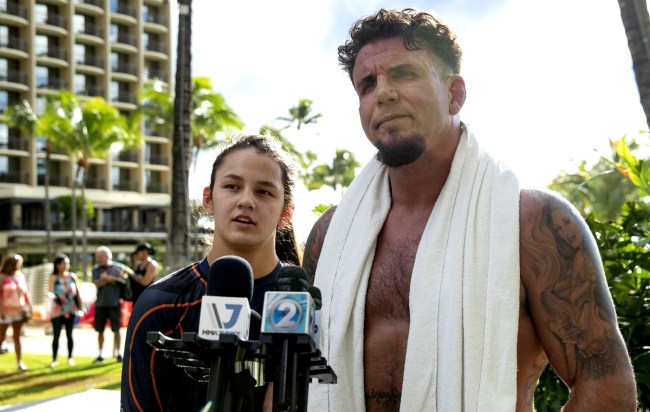 You know you’re getting old when things like former UFC champion Frank Mir’s daughter Isabella Mir is getting ready to make her professional MMA debut at an iKON Fighting Federation event being held in San Carlos, Mexico.

17-year-old Bella Mir will be fighting on Oct. 22 against Danielle Wynn in a 135-pound bout. Mir has never fought in MMA before, not even as an amateur. Wynn, 4-3 as an amateur, will also be making her professional MMA debut at the Ikon Fighting Federation event.

Her debut will air live on UFC Fight Pass.

Frank, a two-time UFC heavyweight champion who last fought in October 2019 – a decision victory over Roy Nelson, wrote on Instagram, “The next time we make this walk together it will be me in her corner #FearLadyMir.”

She had previously worked in the corner for her father Frank late in his MMA career.

“First step!” Isabella wrote on Instagram with a photo of her signing her first pro contract.

Here’s Frank talking about having his daughter Isabella in his corner for Bellator 212.